We have looked at several patterns of late, but this is one of a large group inspired by literature.

Introduced in 1909 there are some 13 designs to collect with a trio of borders to them; the most usual being the ivy border and the rarest the ‘Japanese’ border that I have only had once on a rack plate.

The designs featured are of course based on the many stories contained in The Thousand and One Nights or as we know it the Arabian Nights. 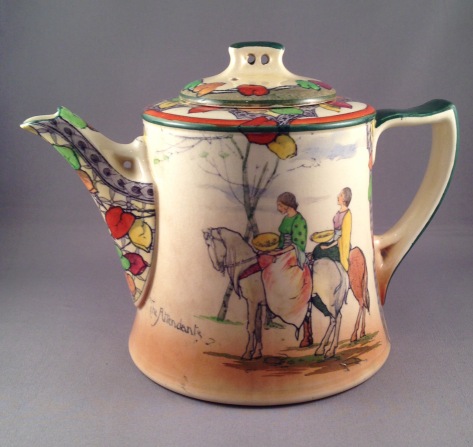 Ali Baba is a particularly common theme among the designs produced, as well as several more general titles including ‘Preparing for the Feast’.

This colourful series makes an impressive display and also a successful backdrop for many of Doulton’s Arabian figures such as The Cobbler or Abdullah.