Collectors of Royal Doulton’s world famous figurines are aware of the many sources that inspired figures from stars of the theatre, to calendar and card designs published by the likes of Raphael Tuck & sons.

However, one particular star of Royal Doulton’s HN range was inspired by the great actress Vivien Leigh in her role in the legendary film Gone with the Wind in which she played Scarlett O’Hare.

Here you can see a press cutting along with an early dated version of Easter Day from 1943; incidentally two years after she was originally modelled. Also in the picture is a very similar looking prototype from 1942 that I display along side the large size figure. 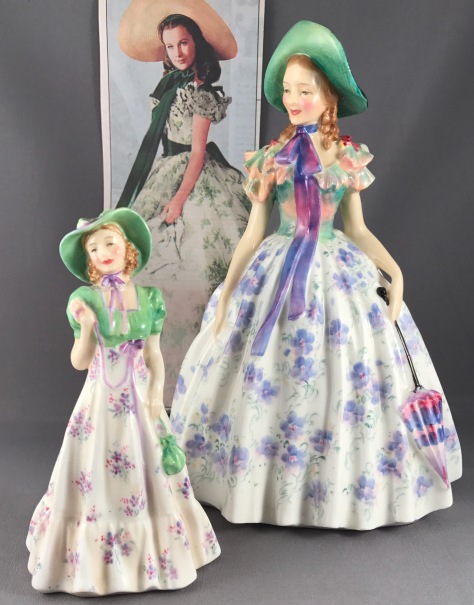