At a time when Holland and all thins Dutch were ‘de rigueur’ Royal Doulton produced various Dutch themed pieces including figures in their HN collection, examples of handpainted wares and also 8 different Dutch themed seriesware designs. 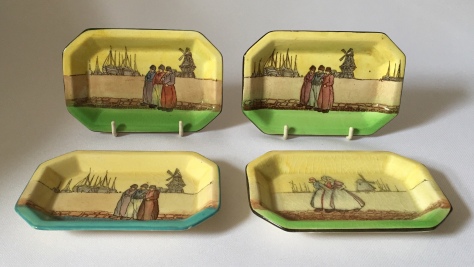 Four pin trays illustrating how scenes could be manipulated and also the variation in colours that can be found.

The focus here is Dutch Harlem, one of Royal Doulton’s most enduringly popular designs of all seriesware patterns. Designed by the great Charles Noke and introduced in 1904, this series alone contained 35 scenes and remained in production until c.1943. 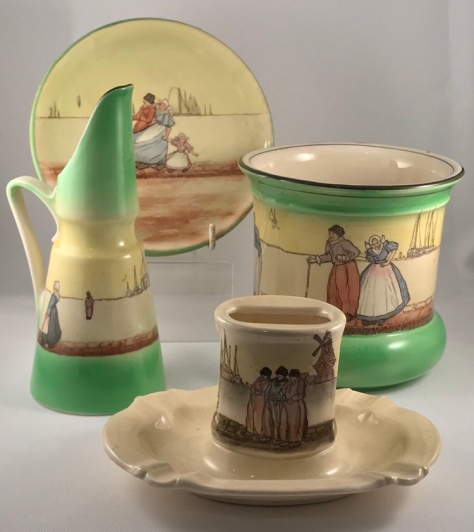 As was typical scenes were gradually introduced and even adapted. Such adaptations included enhancing the colours used and introducing new shapes to be used.

A particularly unusual version of Dutch Harlem was produced exclusively for the great London store Liberty’s, and further exclusive productions of biscuit barrels were produced for the biscuit manufacturers McVitie and Price.