Collectors are often bemused by early Doulton catalogues which carry the strap line ‘As purchased by HM The Queen’ under their cherished figures.

However this sales technique was also used to advertise tablewares such as this heavily gilded tea set, which was supplied to HM Queen Mary in the early 20th Century.

This particular set for 6 people is a replica of the original and was retailed exclusively through Harrods, the exclusive London Department Store which has many famous links to Doulton including its magnificent Doulton terracotta façade and of course the art nouveau tiles in the food halls by Neatby.

Once again the set shows that first sight isn’t always the end to a story with Doulton! 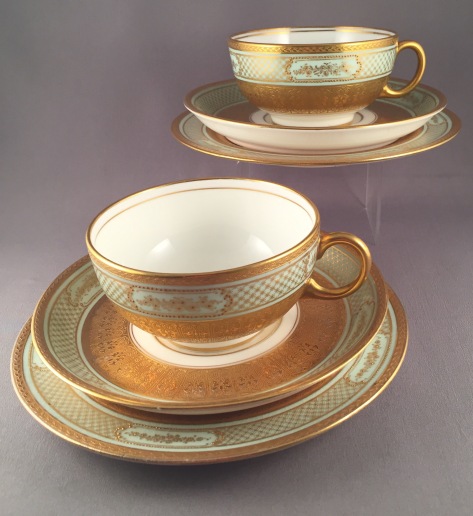