Doulton’s early range of miniature figures or M series as it is known offers collectors an additional element to their collection – for if you have the large figure, why not hunt down the miniature as well, or alternatively if space is at a premium, collect just the miniature! 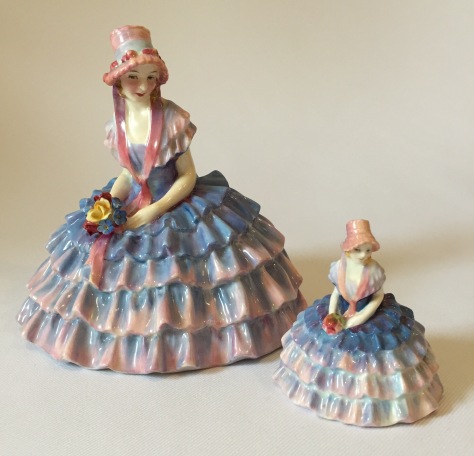 The most popular figures from the HN collection can be found in a miniature size although as always some are much harder to trace and thus carry a premium; thus a miniature Pierette will always outshine a Victorian Lady for example. 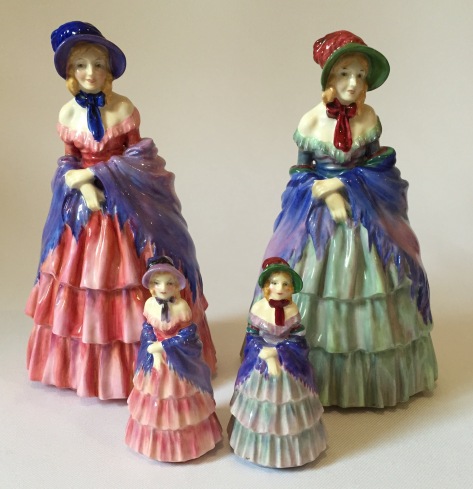 However, the pleasure of collecting often means that we concentrate on a particular theme – this one being identical colourways to the ‘grown up’ versions of figures. 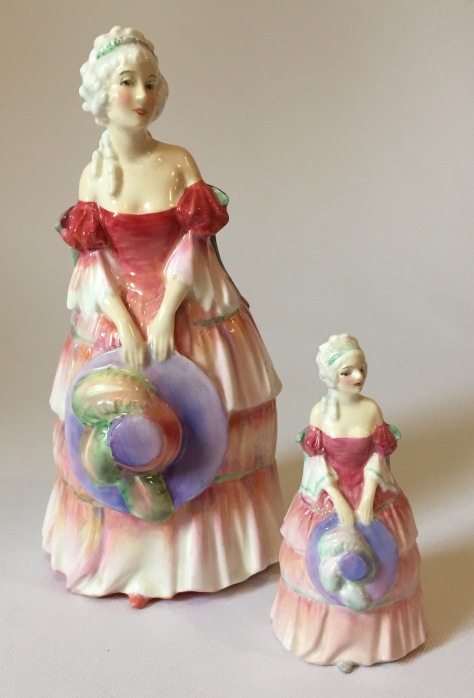 Many we can predict having been produced such as Victorian Lady, Veronica or even Chloe. All of whom were produced in a rainbow of  M series colourways too that had no corresponding large size partner. 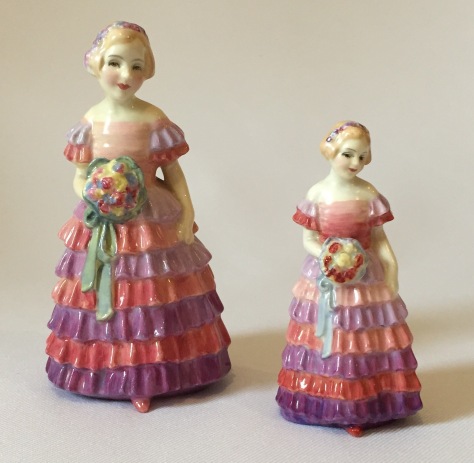 The M range began in 1932 although there are several miniature designs pre-dating this date and which were typically given an HN number, yet, four models bear no HN at all (Pierette, Chelsea Pensioner, Spook and Robert Burns).

As you would expect there are many versions of M figures that do not have corresponding large size partners and these too make a distinct display when shown all together! 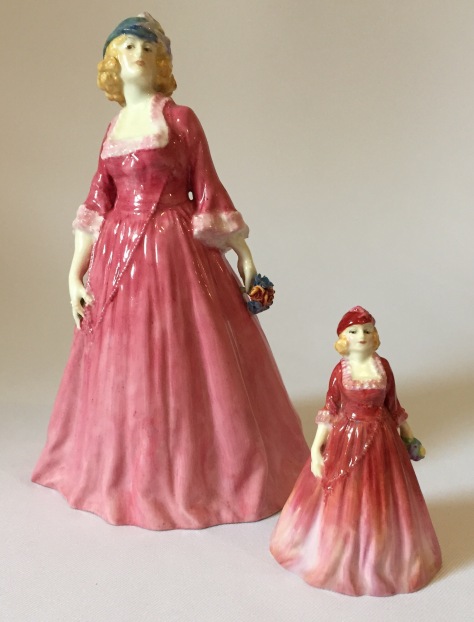 The M series of miniature lady and child figures ceased around the end of the Second World War, but realistically would have stopped long before that date, save for a handful of the most popular models such as Paisley Shawl M4 that continued briefly after the war. The M series continued in spirit although the M number was omitted with the small size Dickens figures that were made up to the 1980’s.

Don’t forget the world’s major Doulton extravaganza is just around the corner!

To reserve your tickets visit icgfair.com 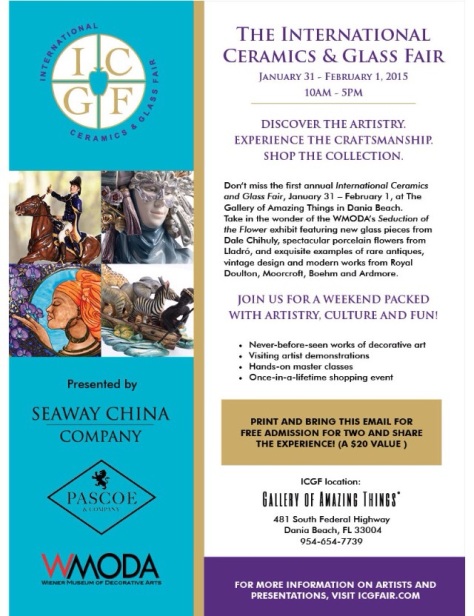 Just when your cabinets are full to capacity you discover that there is something else to collect – so say all collectors!

Similarly with Doulton’s array of dogs, there is a derivative for everyone be it …. 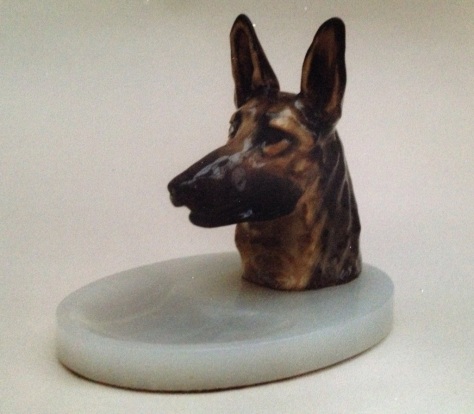 A bust of your favourite breed… 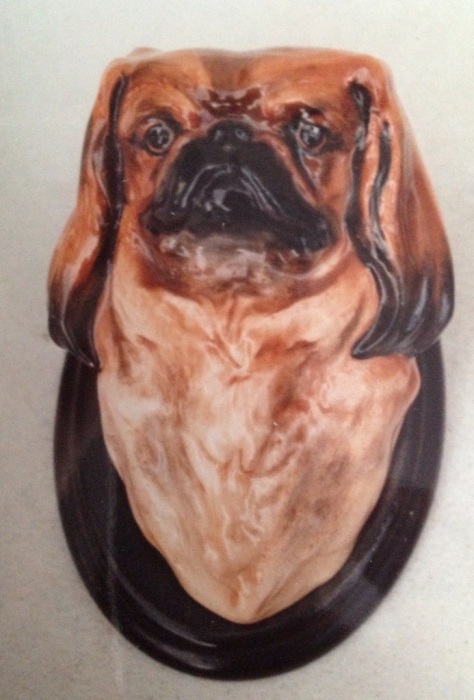 A bookend (shown minus the mahogany mount)… 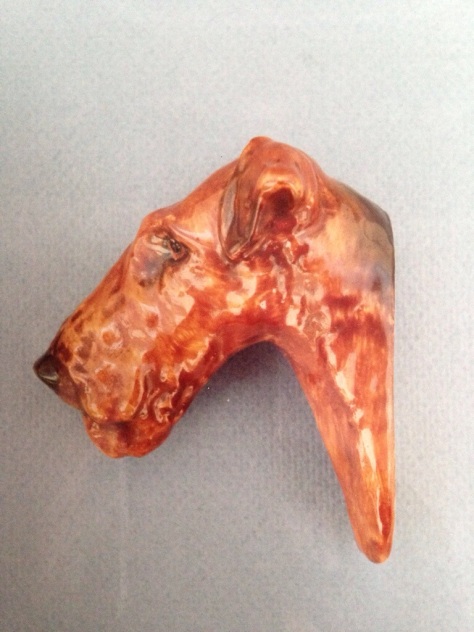 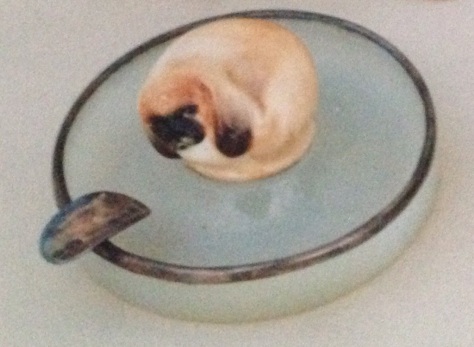 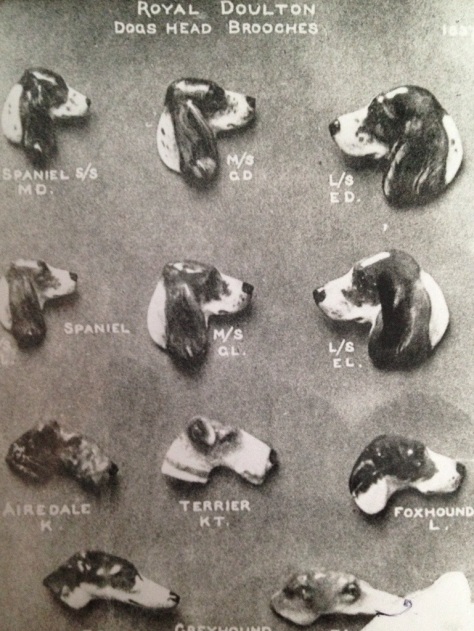 As with everything Doulton…they aimed to cater for every taste and the variety of objects that can be found is limitless and not restricted to the examples above.

The fun in collecting is not knowing what is around the corner and this field of collecting Doulton certainly offers that variety! Happy collecting!