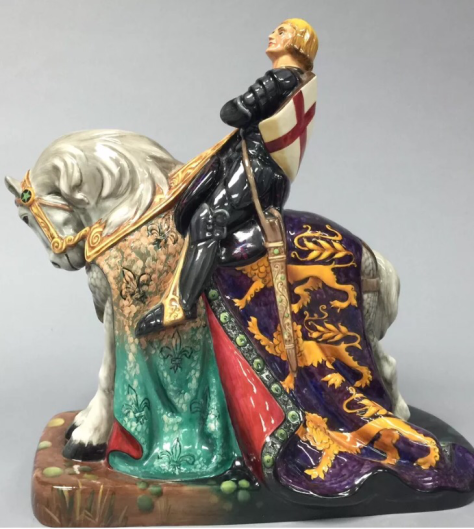 England’s patron saint is celebrated annually with St George’s Day on the 23rd April. Symbolic references to him and the story of his slaying a dragon can be found throughout Bristish life: his cross forms the national flag of England, also it features within the union flag of the United Kingdom and is also contained with other flags containing the Union Flag such as New Zealand’s and Australia’s. 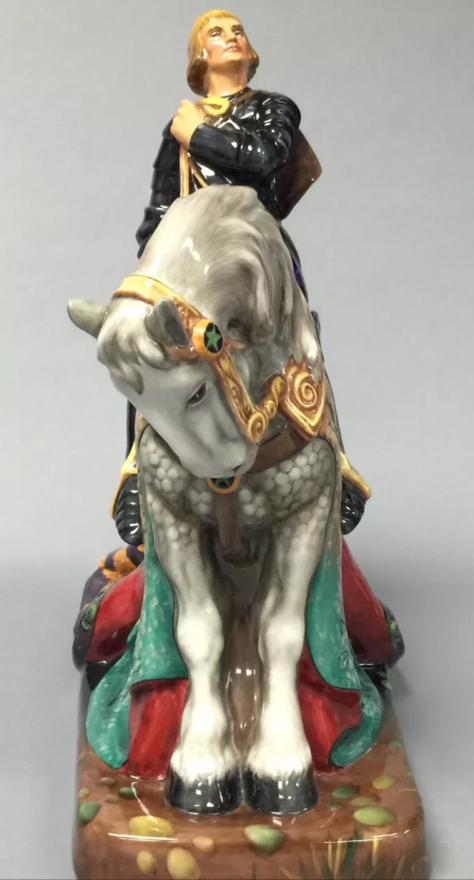 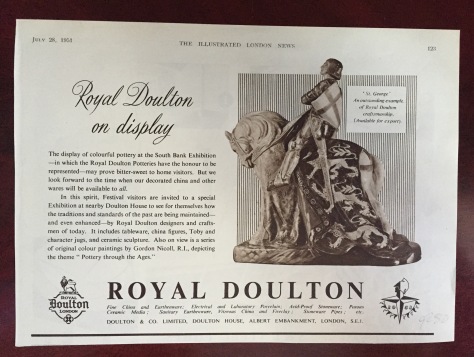 Doulton advert for their Festival of Britain stand 1951.

Doulton’s first figure model of St George (above) introduced as HN 385 was by Stanley Thorogood and was based on an earlier study by the artist from 1915.

St George by Peggy Davies 1950-85.
Doulton have produced the figures above as well as featured him in other popular lines produced including their Bunnykins range.

An advert for the 1911 Coronation beaker of King George V and Queen Mary. 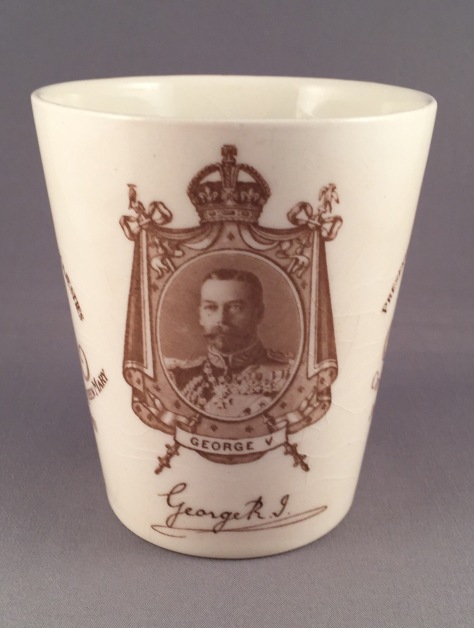 An actual example of the same beaker but with the King’s facsimile signature.

Royal Doulton have a long history of marking Royal occasions by producing commemorative wares of all types but a field that offers a wide range of items is the many commemorative beakers produced for Royal Coronations. 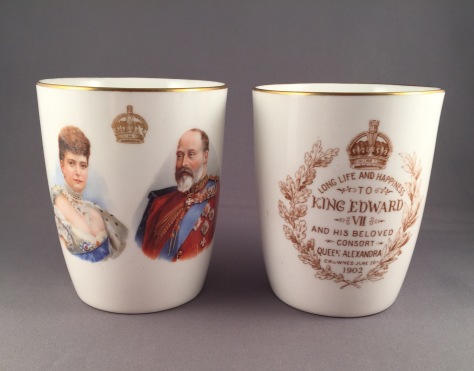 An earthenware example of the same beaker but interestingly bearing the coat of arms for Burslem, the former home of Doulton fine china in the Potteries.

Since Victorian times each Coronation has resulted in a new commemorative beaker; the most collected of which tend to be the bone china rather than earthenware varieties, although unusual earthenware variations attract much interest too.

Coronation beaker for the present Queen’s parents, King George VI and his wife Elizabeth in 1937.

Don’t forget the world’s major Doulton extravaganza is just around the corner!

To reserve your tickets visit icgfair.com

As you will be aware Doulton produced many commemoratives throughout it’s long history. Perhaps one of the most unusual is this jug designed by John Broad in 1893 to commemorate this great exhibition.

Relief showing the American eagle at the front.

Either side of the American eagle are portraits of Columbus and Washington between bands of stars. 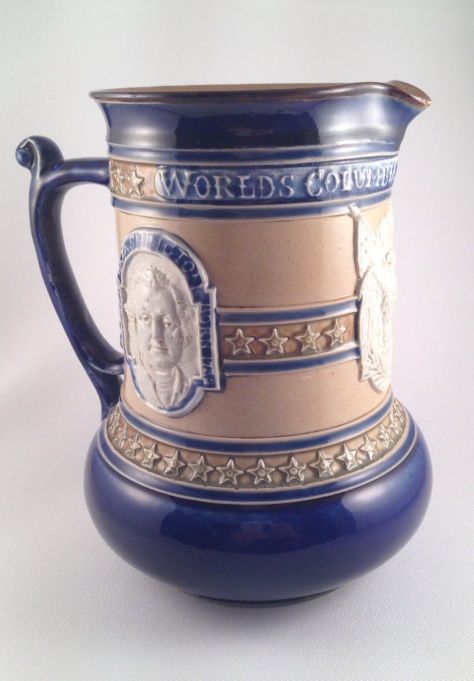 Finally above the portraits is the banner proclaiming the “World’s Columbian Exposition” – a real tour de force I am sure you’ll agree!