Schorr was a renowned animal sculptor and Doulton always keen to be ahead of the game, commissioned him to produce a range of Art Sculptures for Royal Doulton in 1936. This series of animals are all rare today and the ones that typically turn up tend to be the more sentimental models such as the Sleeping Calf or Moufflon Lying. There were two size groups produced, a small size ranging from 2-6” and a large size of c. 11”. 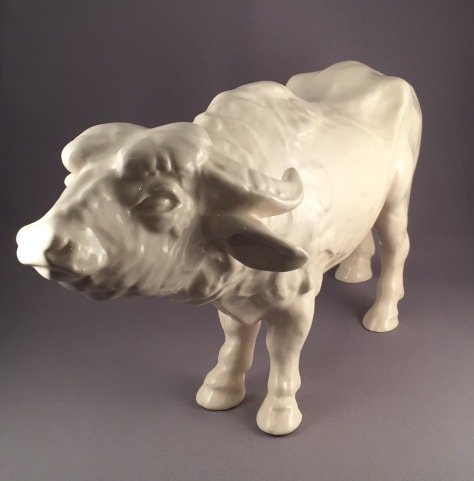 The majority of models were small and it is these which turn up occasionally. Schorr’s models were available in naturalistic colouring, white matt or a green bronze, although I have read that they were also available in black basalt. I have seen only two examples of the large animals, the fox HN1130 both of which painted naturalistically and only once have I seen the large Asiatic Elephant in a green-bronze glaze. Desmond Eyles wrote in The Doulton Burslem Wares that the range “although highly regarded by art critics they did not meet with much public response” and they were swiftly withdrawn, he says in the war years, but I have only seen animals with impressed dates before 1939. 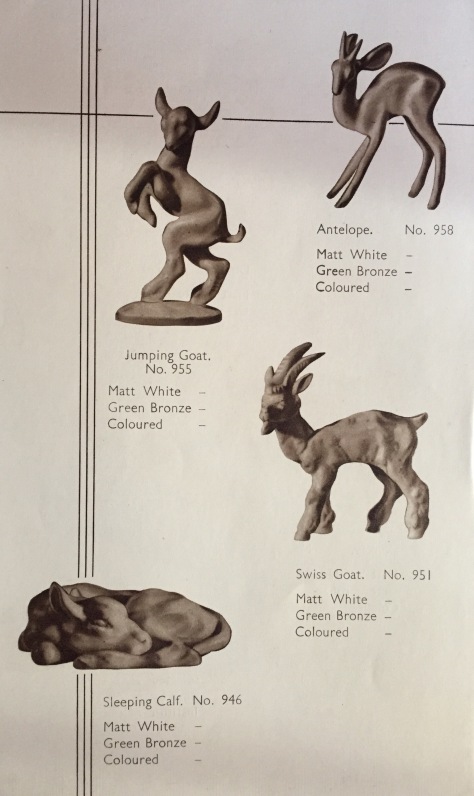