Inspired by lots in Whitley’s Auctioneers’ sale in just over a week, which will take place as part of a Royal Doulton Convention and Auction weekend January 12-14 (2018) in Orlando, I thought it the perfect opportunity to look more closely at some examples of Royal Doulton’s sea themed work.

Just as with paintings and photography, the sea and sea-life have long provided inspiration for ceramic painters and those at Royal Doulton have produced some magnificent examples covering a wide spectrum of their ranges produced, particularly those wares we today class as Burslem products.

A magnificent Flambé vase with gilded fish against a Sung background. 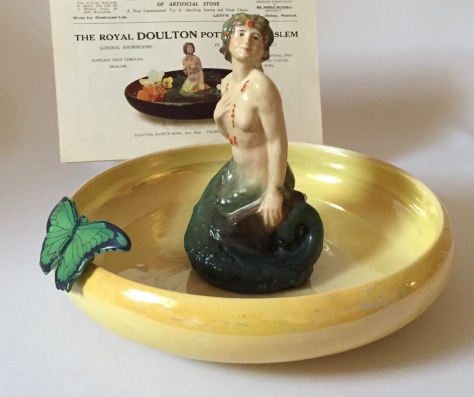 The wonderful Mermaid figure displayed according to the contemporary advert from 1917. 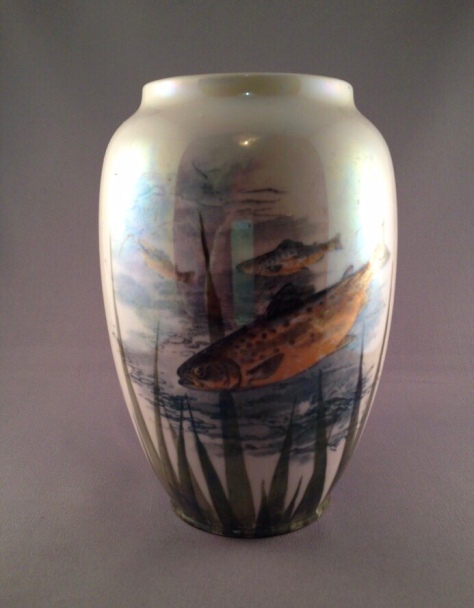 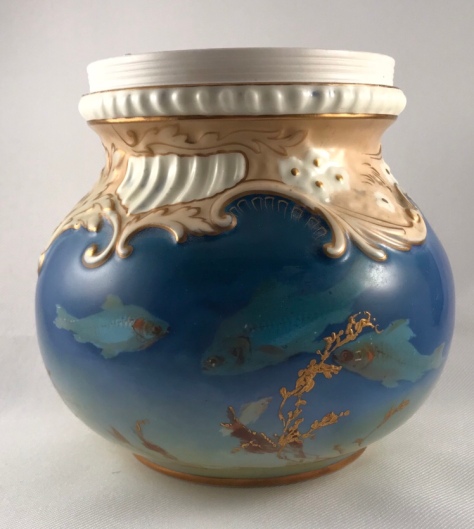 An early Burslem seascape which would probably have had plated fittings to form a biscuit barrel or the like.

For further information on Whitley’s Auctioneers upcoming sale to include many star Royal Doulton works of art, visit: