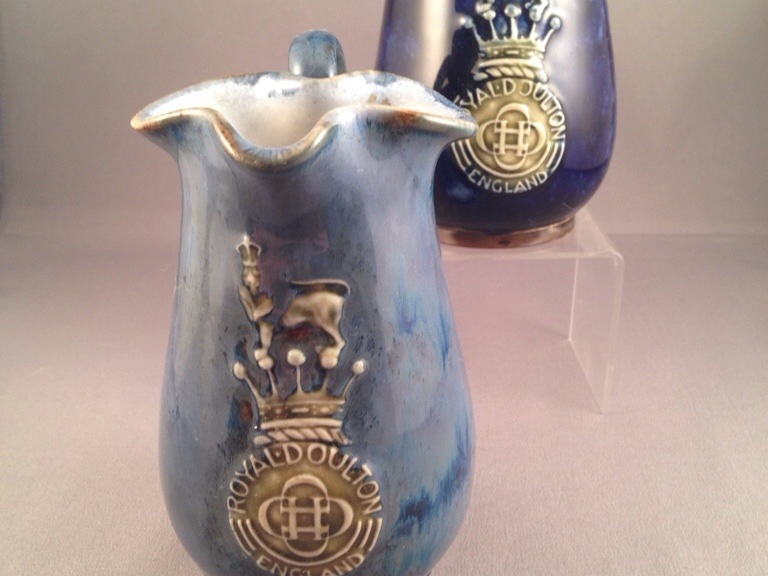 With a book devoted specifically to this field of collecting and others by Jocelyn Lukins covering advertising wares made and Lambeth and Burslem also available via Paul Webster Antiques, I thought I would share some interesting pieces I have come across where Doulton have produced items for their own publicity. 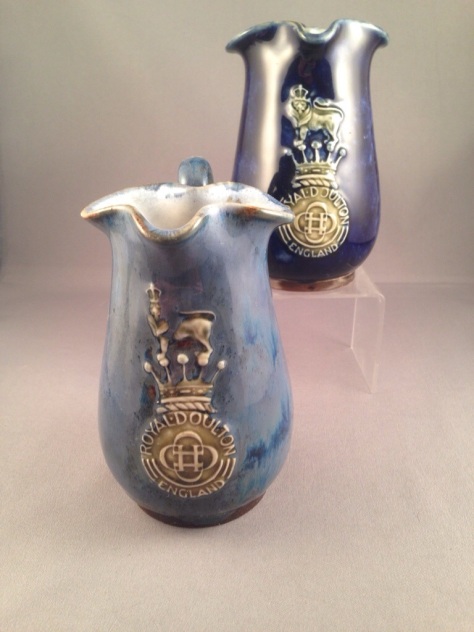 A similar vase to the two jugs above, again early 20th Century

An unusual jug produced as an example of Doulton’s stoneware

A miniature tradesman’s sample of an early Doulton belfast sink 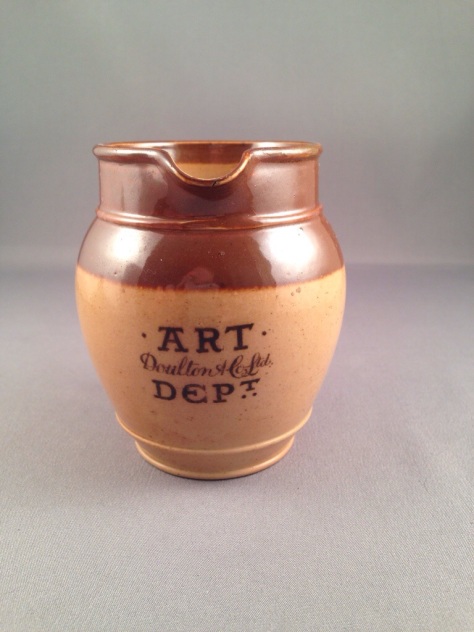 A pot from the Lambeth Art Dept. that ‘escaped’ at some point!

An interesting Burslem piece this time, for Sanitary ware and the London Showroom 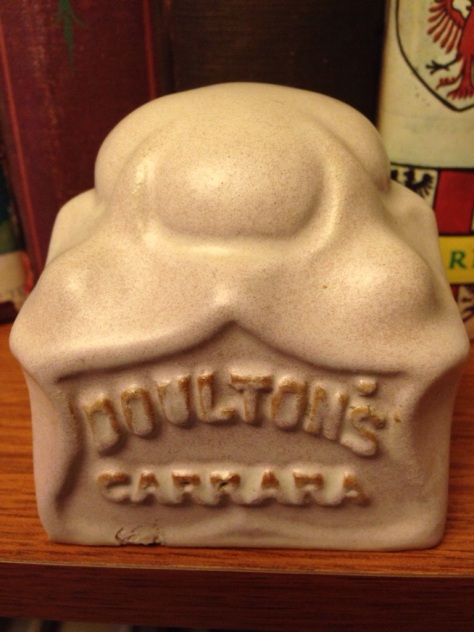 Carrara ware pieces occasionally turn up including the Mark Marshall Seahorse or Harradine’s Polar bear, but I have never seen this piece again. It is almost a scarab design. Whatever it might be it is certainly art nouveau in style. 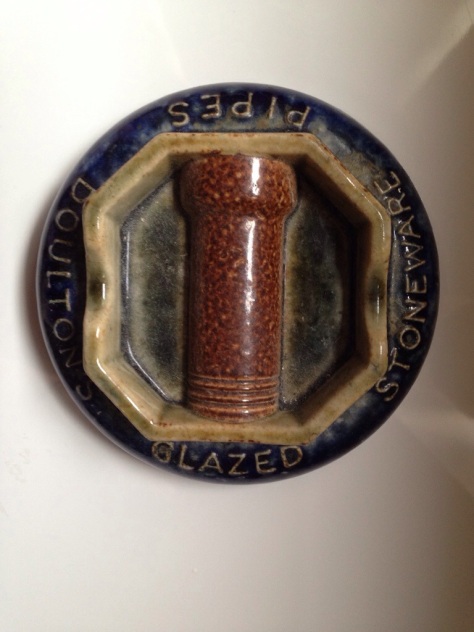 Doulton drainpipes this time; here we have an ashtray with a central pipe. We must all pay hommage to these simple drainpipes, as it was they and other utilitarian wares that funded the art department at Lambeth for so long! 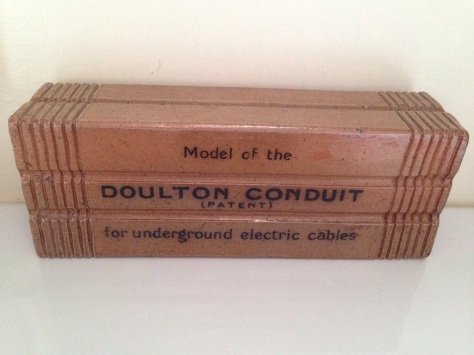 One of my favourite finds! An early sample of the conduit used in the London underground.

I am sure we would all love to hear from collectors with other unusual Doulton advertising wares, so join our facebook page ‘Doulton Collectors Club’ and post pictures for us all to see!!