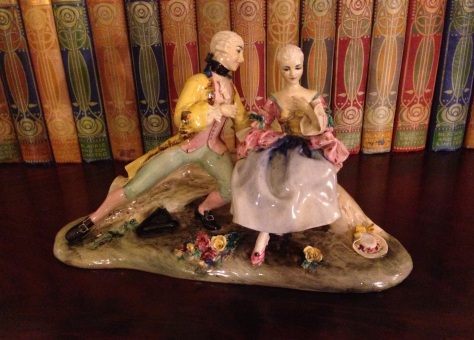 During Peggy’s earliest years with Doulton she produced a handful of hand modelled figures, in 18th Century dress.
The group above, I have seen three other times with subtle variations such as the items on the ground including a monkey or a bird cage. The figures too can have slight variations to their dress including longer sleeves on the gent or differences to his collar.
In the WMODA in Miami you can see two other figures hand modelled by Peggy, again girls in 18th Century dress.
All in all these pieces are of huge importance in the history of Doulton figures and also the story of Peggy Davies.
The three other versions were all sold through Phillips/Bonhams as part of the Doulton Reserve sales.
Here is one such example, with uniquely, elaborate decoration! 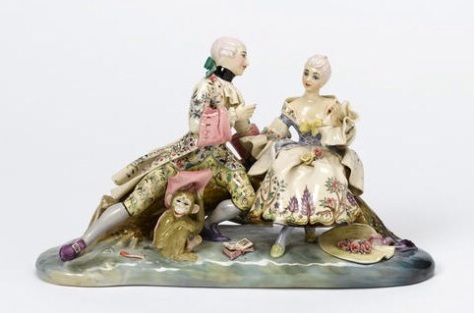