We all know that figures change subtly during the pre-production phase but a sighting this last summer really shows us how drastic some transformations could be!

Here is a prototype version of Market Day complete with a piglet at the girl’s feet! I can’t help thinking that this is one of the piglets often attributed to Peggy Davies! If not identical it probably provided inspiration for her. 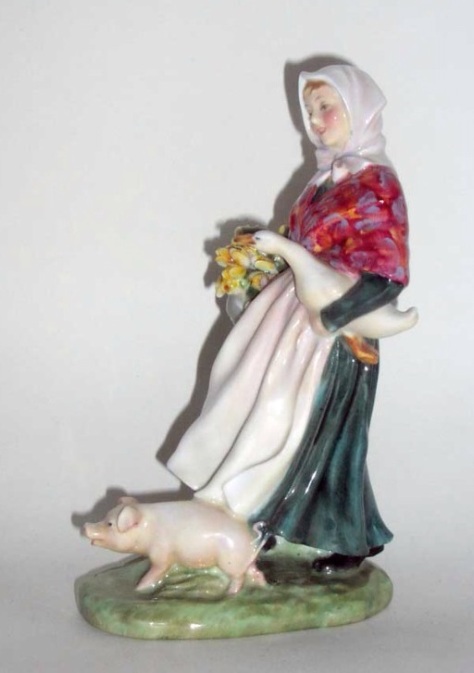 Here is the production model to compare her with. 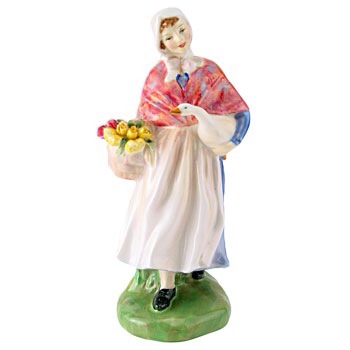 She was of course re-introduced decades later as Country Lass with the same HN number and with a matte glaze for a short period, along with another contemporary figure the Jersey Milkmaid who became the Milkmaid, also in matte, with the same HN and re-named simply The Milkmaid.