As you know I always love to discover the inspirations for our favourite Doulton figures. Here is another that didn’t make the final cut for Jocelyn’s and my book ‘Reflections’. It is itself a figurine but this time a wax figure by Agatha Walker that she produced as part of her series of figures from the stage in the 1920’s, imitating a popular tradition from the 19th Century. These figures were made of plaster, then coated in wax and finally painted.
Typically Harradine has put his own flourishes to the finished figure including a parasol and changing the direction of Anthea’s head. 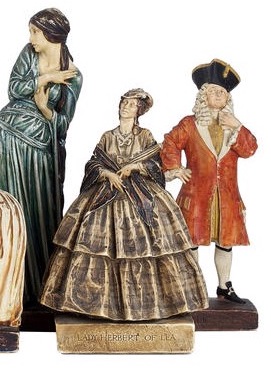 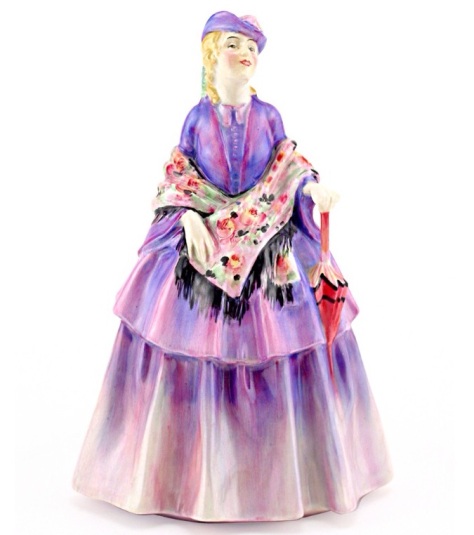 To date I have found only one other Agatha Walker figure that Harradine used, but that’s for another time!