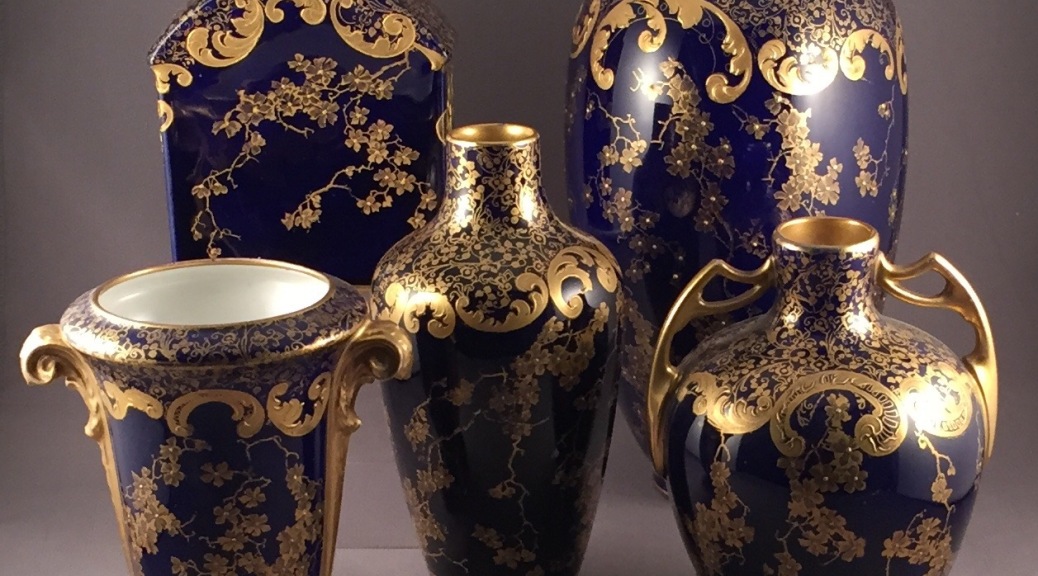 A Robert Allen design carried out by his studio ca.1900.

Robert Allen began work at Nile St. when it was still owned by Pinder Bourne, after a brief period at Minton’s as a boy worker. Robert flourished under the guidance of John Slater, then art director, eventually taking over a painting department of his own. Work from his department is denoted by his initials R.A. followed by a number. Robert Allen’s own signed work is however, rare. Yet, he and his department were entrusted with much of the finest and most expensive decoration carried out at Burslem notably for the great exhibitions at which Doulton exhibited from the late 19th century. Robert was notably involved in the early development of Titanian ware too although it is the work of his son Harry in Titanian that is typical.

A group of miniatures bearing an RA number from the Robert Allen studio.