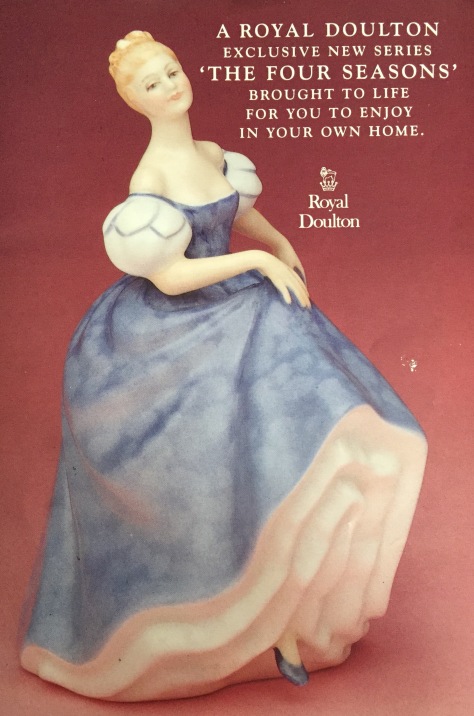 One of several classic sets of four seasons figures produced by Royal Doulton is this set made exclusively for the Guild of China and Glass Retailers to which Doulton belonged. 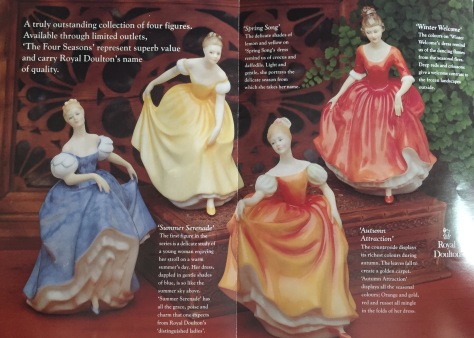 Three existing models by the legendary Peggy Davies and one model from Peter Gee were given a colourful re-incarnation to become part of this series. 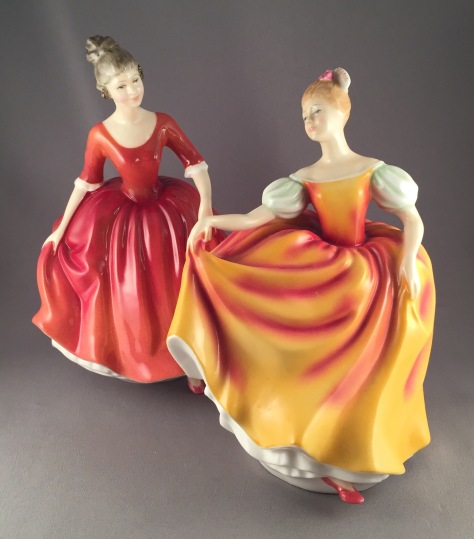 For collectors it is the Doulton ‘colouring’ of these popular models that set them apart from the originals which were typically very modestly decorated and for me too that makes them instantly more attractive!