Two drakes and a duck in the medium size c.6″.

Birds featured heavily in the earliest items produced as part of Royal Doulton’s famous HN Collection, which for a generation means simply their legendary figure collection. 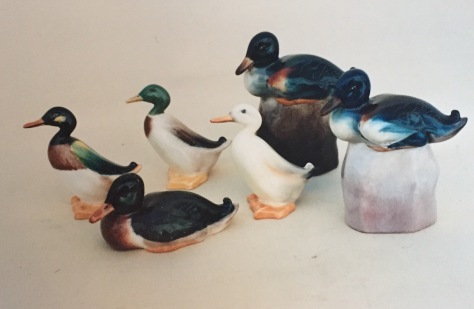 A selection of small size drakes and ducks.

The earliest models produced for the range in 1913 were actuallyanimals and there are collectors out there who have managed to source some wondrous and rare examples of these animals.

Doulton themselves were somewhat easygoing when it came to actually naming their animals correctly and occasional slips by them are easily excusable when you see the quality of detail and modelling that was achieved so early on in the 20th century. 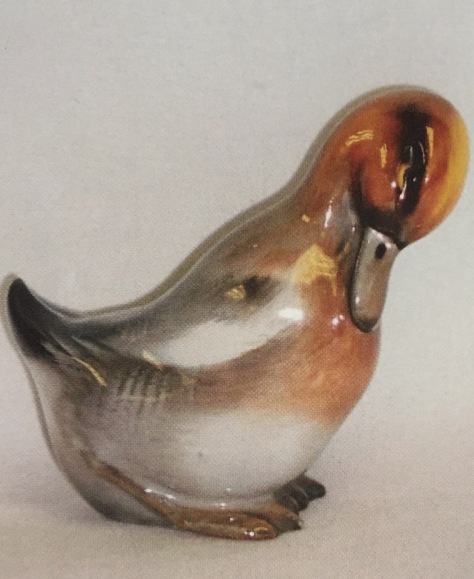 A rare and early duck.

When talking about ducks, there are typically large, medium and small examples tombe found of most, although rare character figures of ducks exist such as the example illustrated. Moreover, the large size was added to the Presige range. 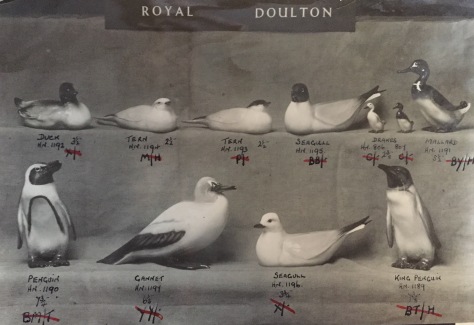 A 1920 publicity photograph featuring some of Doulton’s bird models.