Born in the heart of the Potteries Neil Welch’s talent to sculpt the human form has led to a range of high profile commissions, including Wedgwood’s and Doultons synonymous with their quality ceramics for over 250 years . Neil left school at the age of 16 with A grades in art and gained a two year apprenticeship at the New Victoria theatre as a stage set and props designer, here he discovered a love of sculpture which has never left him. At this time he also began to create his own unique sculptures. Self taught , in 1993 he was approached by Wedgwoods/ Coalport to become (in-house) ,where he stayed for the next seven years before becoming freelance in 2000. As a freelance sculptor Neil gained the total freedom of expression that he craved. 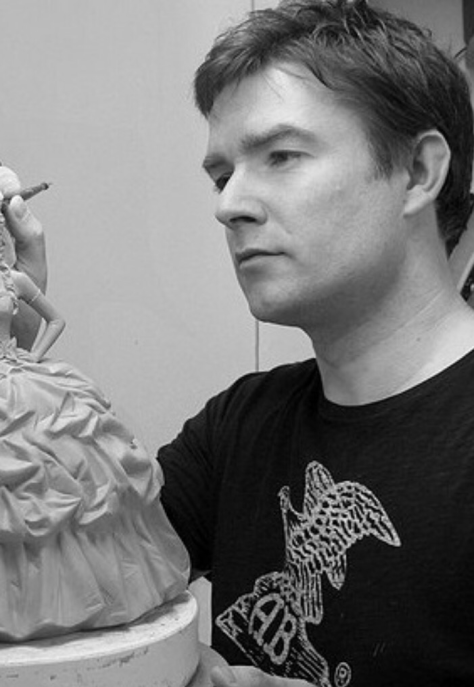 Neil has the uncanny ability to combine exquisite design with mood and feeling making his work truly special. Neil now aged 45, is currently showing his beautiful lifelike bronze sculptures in galleries all around the country where his work is becoming highly sought after. He also has 2 very successful figurative ranges of his own which he licenses to the giftware market.

Come along this Sunday to meet Neil as well as Michael Doulton, our host and 6th generation descendant of Royal Doulton’s founder! 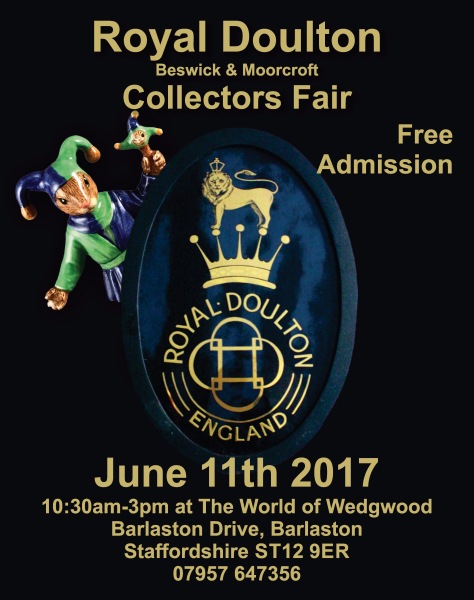