Produced in three colourways as HN 1909 and HN 1910 from 1939, and HN 1963 from 1941, Leslie Harradine’s Honey is one of a small number of figures introduced during WWII and which subsequently had a short production run. 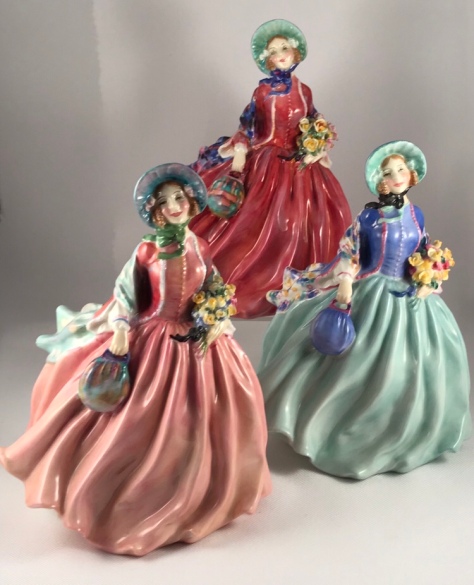 Interestingly the pink version, HN 1909, is the most frequently found and the only one I have seen produced post war too, with a remodelled angle to her neck and different flowers too.

She is based upon this illustration by Stanislaus Longley, which incidentally was also used as a cover girl by high end retailer Liberty of London for this 1930s Christmas catalogue. 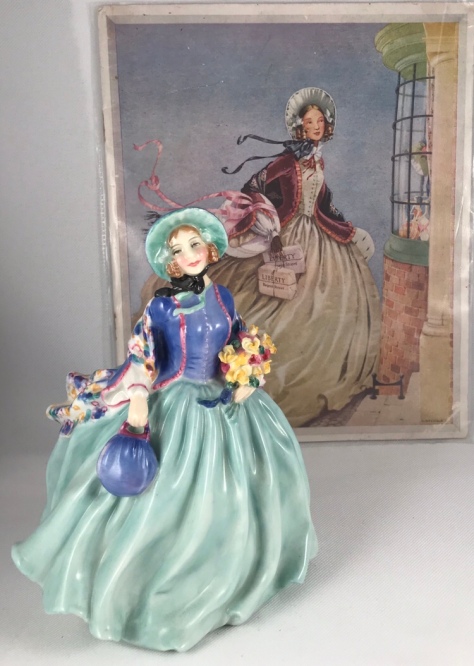 As you can see Harradine altered the actual model from the illustration, as he frequently did, but it is one of a number of Longley designs which he derived inspiration for figures from. 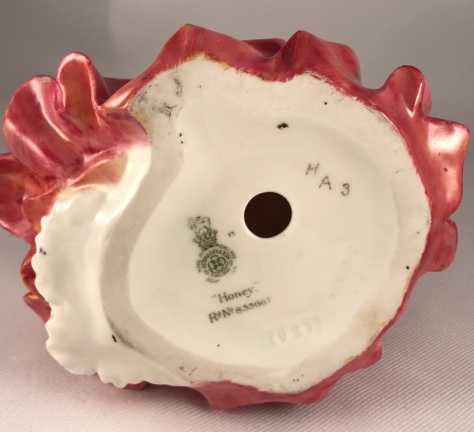 Note the ‘HA 3’ on the base signifying that this is the third trial proposed and painted by Harry Allen.

If you would like to read more about the inspiration behind some of Royal Doulton’s most iconic figures, check out my book ‘Reflections’ online.