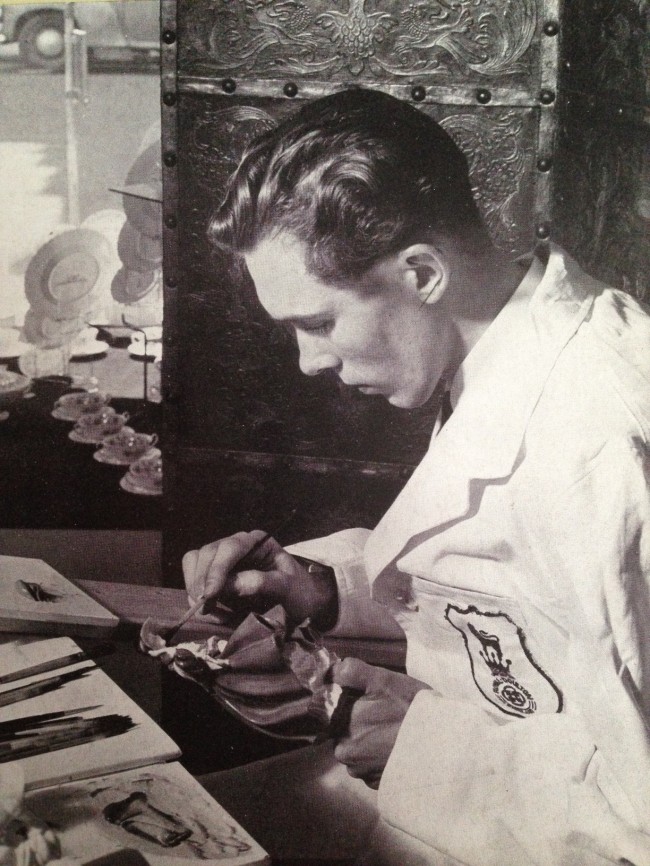 Arthur Perrins had a typically long association with Doulton & Co for his genreration; he began in the early 1940’s remaining with them until finally retiring in 1993. He was used to advertise Royal Doulton’s artistry over decades at some of the most prestigious stores in England including at the Doulton store at Harrods in London. Here are some pictures of Arthur at work, including a figure painting demonstration at Harrods in the early 1950’s. He is survived by his widow. 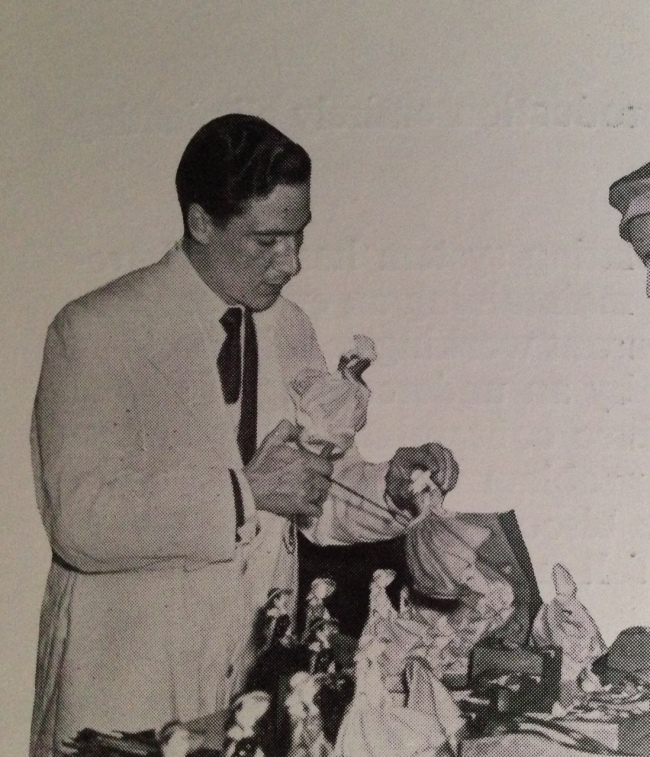 Arthur explaining the process involved in painting a Top o’ the hill ca. 1954 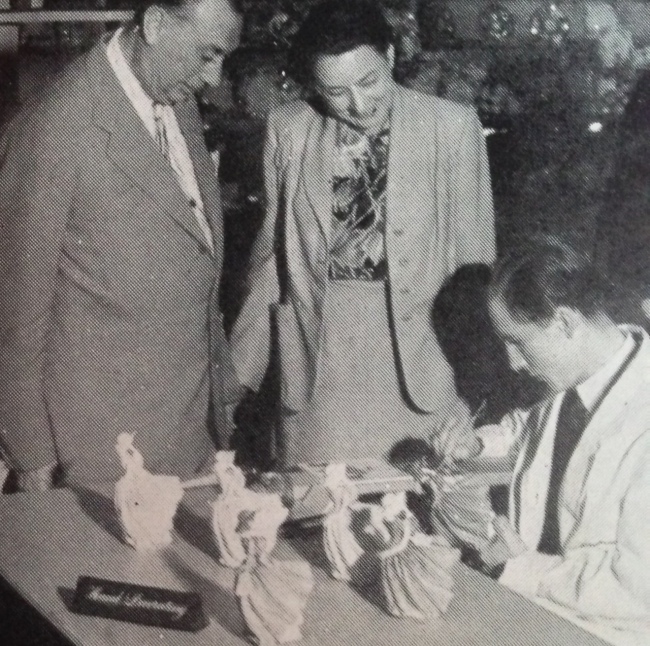 A Harrods display with Arthur demonstrating figure painting, again on a Top o’ the hill

Here is a link to some further pictures of Arthur at work on John Twigg’s excellent site about Doulton artists: