This is a little recognised area of collecting yet, they show the great potential Doulton of Burslem showed at the end of the 19th Century. There is very little to explain other than these pieces typically cover castles or other monuments such as Durham Cathedral pictured on the tallest of the vases (14″ tall). 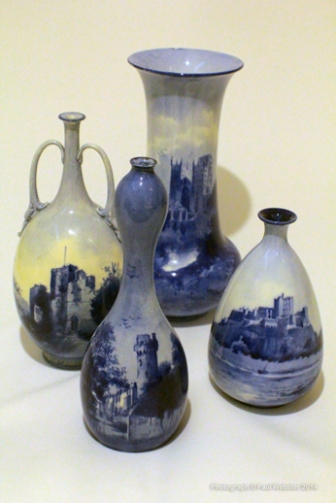 These pieces can be bought relatively inexpensively, as many I presume imagine them to be transferware rather than handpainted pieces.

There is no special backstamp to these pieces as you can see from the image above, yet each carries the name of the subject to the body, save the Durham Cathedral piece which is titled to the base.

These rather simplistic designs particularly appeal, especially given the time they were produced when tastes were much more frivalous and over the top!