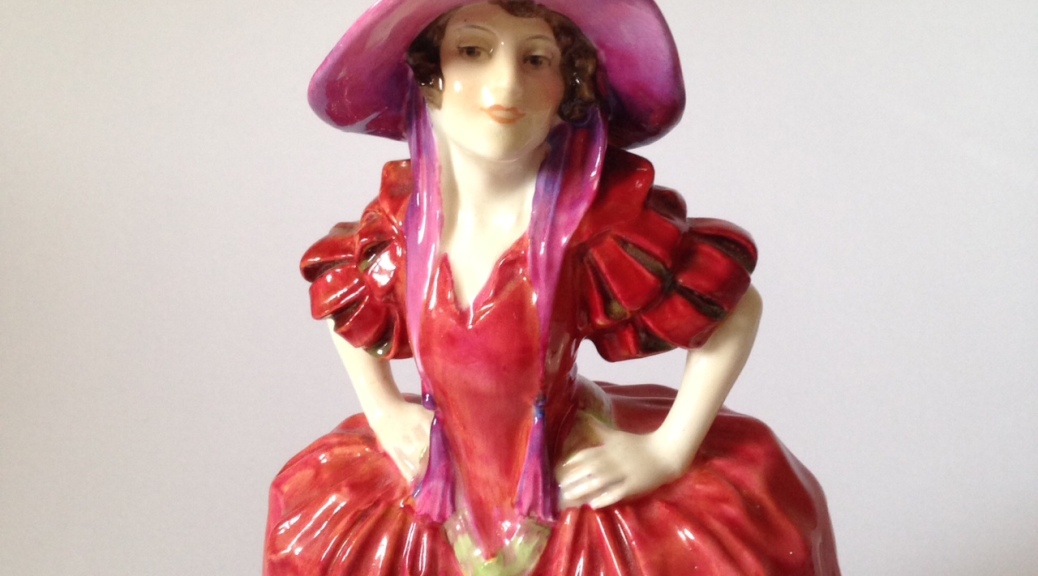 On the back of a reader’s response on the Doulton Collectors Club Facebook page, I thought it timely to look at how figures are named and also look at one of Doulton’s most famous ladies and how she was produced in a variety of guises over the years!

It is often impossible to determine how a figure came to be named, especially the early ones unless the figure is modelled in the likeness of her namesake such as Pavlova, who if course was named after the famous ballerina Anna Pavlova. The majority we must assume were named because theirs was a popular name, or else after a family member of a Doulton employee or a worker in the factory… today we can but guess. In more recent times Doulton even ran competitions to find appropriate names for figures.

Even after a figure is named, it can be re-named according to tastes, for example The Young a Widow who was swiftly re-named The Young Mother. A further example is the scaled down version of the early figure Doris Keane who became Rosamund. In my own collection I have an Erminie from the M series which is actually titled Christopher to the base, a figure I naturally had to keep.

Patricia HN1414 modelled by the legendary Leslie Harradine, was first produced in 1930 and three other colourways were added to the range in 1931 and 1933. Her precise date of withdrawal is unknown but in the ultimate reference book, Royal Doulton Figures, it is given as ‘by1949’. My own personal research leads me to put a date of ‘by 1944’ as a more realistic date.

My personal favourite colourways of Patricia!

As well as the opportunity to collect this large size, Doulton introduced a miniature version in  1932 with  M7 to compliment her larger counterpart. These original M figures were sold in suitably deco boxes like the one here. 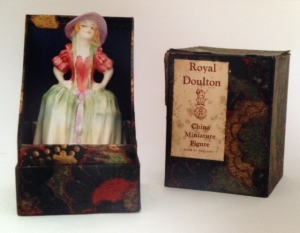 Patricia M7 in her original box.

These two sizes were really identical in certain colourways as you can see below. 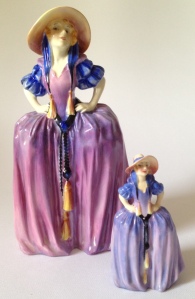 These miniature M Doulton figures can be found mounted on a variety of things from calendars to bookends.

Naturally fakes do appear and Patricia is no exception to the rule. 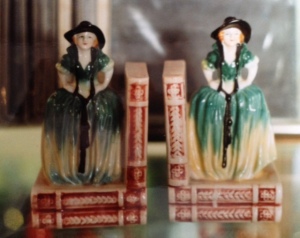 A pair of fake Particia bookends.

Opportunities to collect Patricia are endless. Here are two contemporary sets of playing cards, both featuring an image of Patricia HN1431. The ones in the blue box were issued by the Financial Times, whilst the other box was retailed in Regent Street, London.

Patricia has remained a popular name for Doulton figures and other versions have been introduced over the succeeding years. 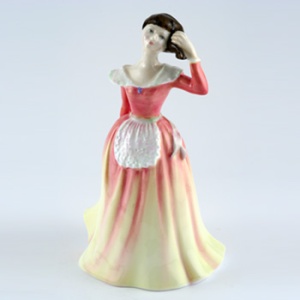 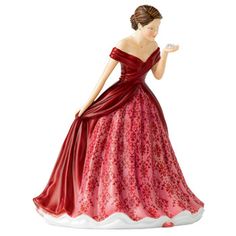 A final thought is that most figure collectors start collecting because of the name of the piece, either to commemorate or celebrate great events in their lives – what a perfect way to collect?