Just as Doulton in Burslem under the direction of Charles Noke were experimenting with glazes in the early 20th Century, so too was his London counterpart Joseph Mott, art Director at Doulton Lambeth.
Mott can truly be said to have seen it all at Doulton as he began working there in the 1880’s when some of Doulton’s most famous artists were in full swing including the Barlows, Mark Marshall etc…
Just as sales at Burslem were on the rise so too began the steady decline of Lambeth wares. However, under Mott’s direction the art department survived for another half century.
Mott had a chemists background so it is no surprise that the following pieces have turned up, all showing the most wonderful types of glaze and most bearing his initials. 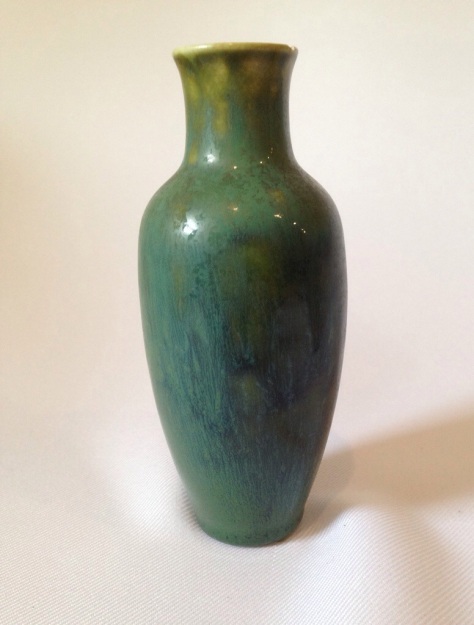 An unusual vase signed by Mott. 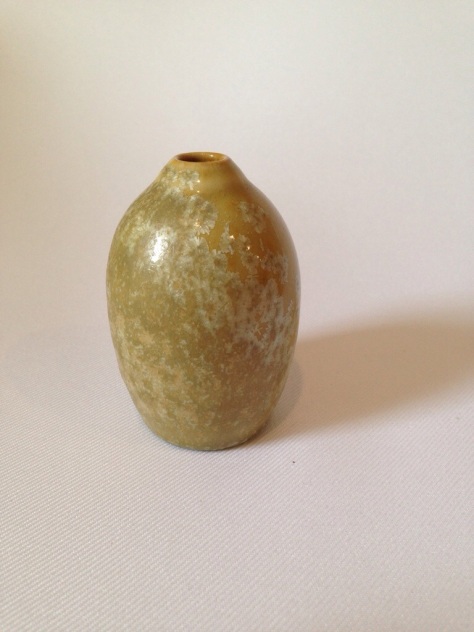 One piece of stoneware I have at home is a fun Doulton stoneware table tennis bat presented by Mott’s fellow players to him in 1935, and signed by them all.

Mott’s contribution to the Lambeth factory goes far beyond glazes but that is the focus of this piece today.