Charles Noke continued to experiment with glazes long after the departure of Cuthbert Bailey with whom he had perfected the Flambé glaze in the early 1900’s. And so in 1920 Sung was introduced, whereby painted decoration, colour and gilt are fused with the a flambé glaze.

I am sure you will agree that these pieces are magnificent. However, it is in the flesh that these pieces must be enjoyed to full effect as in this slide. Vases, large and small were decorated with exotic birds, pixies in woodlands, fish in seascapes along with many other subjects.

These pieces were painted principally by Harry Nixon, Arthur Eaton and Fred Moore. Sung glazes can be found on Buddhas, as can also be seen here in this advert from the 1920’s, a handful of suitable early figures from the HN range such as A Spook, as well as animals, in particular elephants, a favourite of Charles Noke can also be found.

Another magnificent addition to the Burslem range in 1920 was the Chinese Jade glaze, imitating the ancient Chinese glazes of centuries before, by using a thick white glaze streaked with green. Pieces of Chinese Jade are exceptionally rare, due to the costliness of production, together with the high proportion of rejects due to the inherent difficulties in achieving this technique. 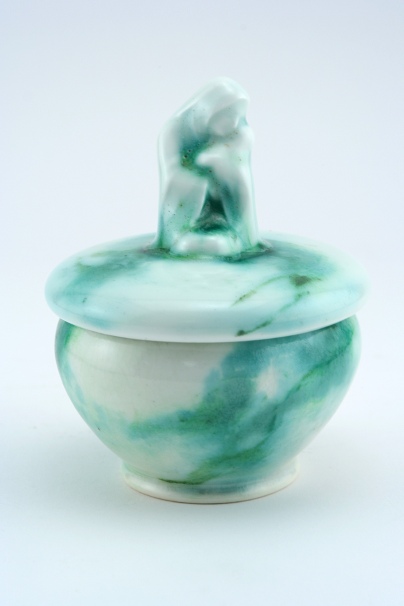 Chinese Jade lidded bowl with ‘Despair’ HN596 as the finial (the name of this figure is only a name given when the original figure book was published in 1978 as there is no record of its actual name).

A variation of this ware exists whereby the green streaks are replaced by blue ones, and this extraordinarily rare glaze is aptly named Lapisware.

A very rare Lapisware lamp base.

Another glaze worthy of inclusion here is perhaps the most magnificent of all. Chang ware was introduced in 1925 and involved a thick body upon which multi-coloured thick glazes were allowed to run and crackle – contrary to all usual pottery rules.

The results you can see from this slide are breathtaking. Nothing like this glaze had been sen before even in ancient times, and it was greeted by worldwide acclaim. Chang pieces are usually found with the monogram for Harry Nixon on their bases together with Noke, for either Charles or Jack Noke, who succeeded his father as art director in the late 1930’s. The addition of Noke’s name signified the quality such work achieved. 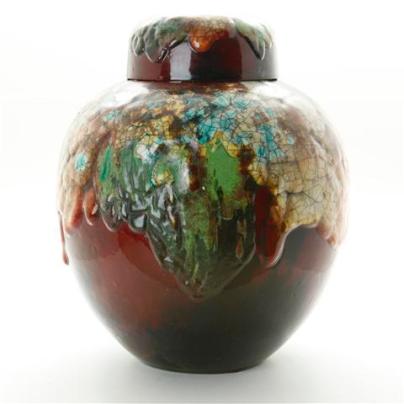 To finish here are a selection of other glaze pieces from the early 20th Century. Enjoy! 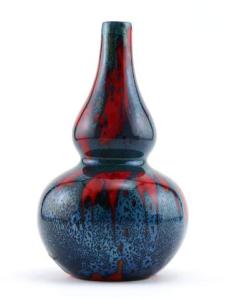 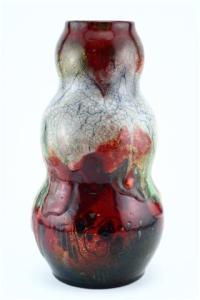 One thought on “Doulton’s most unusual glazes: Sung, Chang and Chinese Jade”