A chance finding of this early colourway from 1968 encouraged me to do a little more research into her painter, Edwin Leigh, more usually known as Tim Leigh. His monogram however, remained EL. 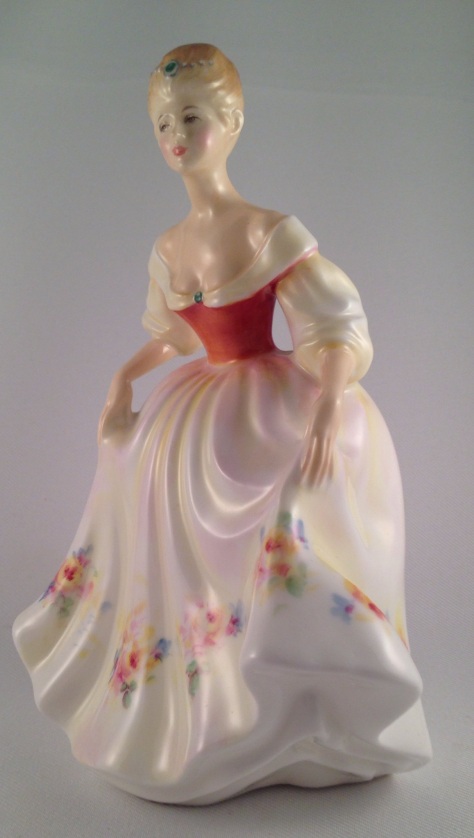 Above and below, two views of the colourway. 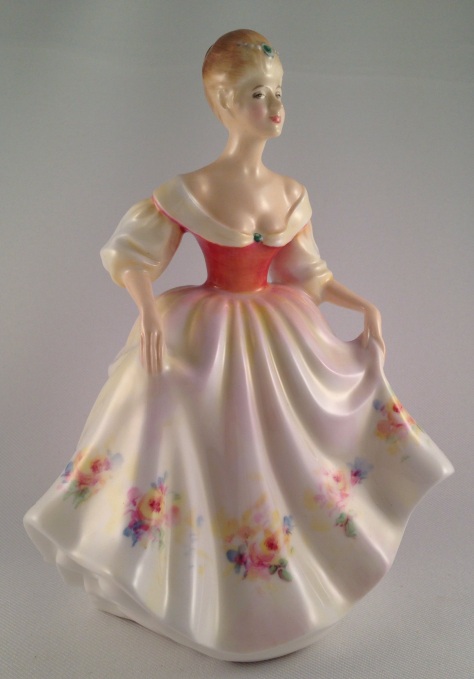 Tim began working at Doultons in 1928 and was still touring the world on their behalf promoting their wares and the artistry and skill of Doulton’s craftsmen and women, when this picture was taken of him during this demonstration in Australia in 1979.

During his many decades of service, I found that by 1955 Tim was already in charge of the junior male figure painters.
A quick look through my collection I found several favourites painted by him including Celia, Miss Demure, Fleurette, Clemency and Sweet Anne to name but a few.
This great talent lives on in the many figures painted by him around the world. To finish here is his full signature on the base of the colourway above, rather than his usual cypher.

The base of the above colourway also showing the model number 2063 that helps us date it to the late 1960’s.