When researching the book Reflections with Jocelyn it was an interesting side line to investigate how some of the more unusually named figures arrived with their names.
One particularly unusual lady is Frangçon HN1720 and 1721. Both versions were introduced in 1935, but rarely appear suggesting a much shorter production run to the withdrawal date of ‘by 1949’ suggested in Royal Doulton Figures. In my experience a withdrawal date of 1943 would be more accurate for most figures save for a handful of the most popular figures that were available to the US as late as 1944 and production of these resumed soon after the war ended. These include Autumn Breezes, the Orange Lady, Biddy Penny Farthing, Old a Balloon Seller and a few others. 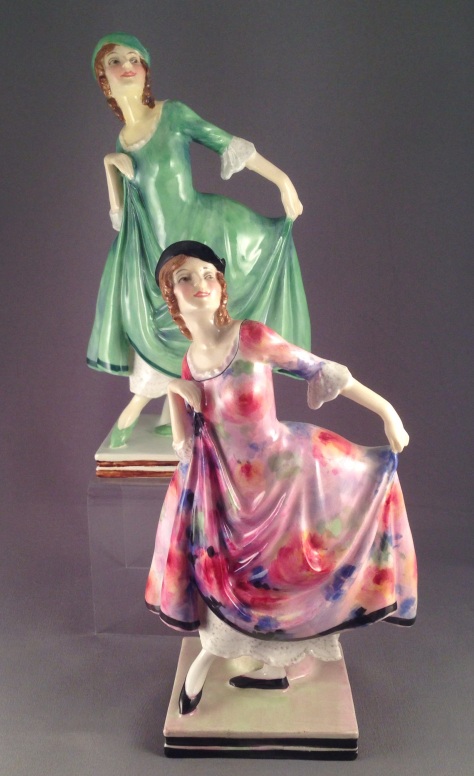 Returning to the name Frangçon it is certainly named after the once famous theatre actress. Born in 1891, her first performance was in 1911 and she retired only in 1970 after an illustrious career being encouraged by Ellen Terry and supported by Sir a John Gielgud.