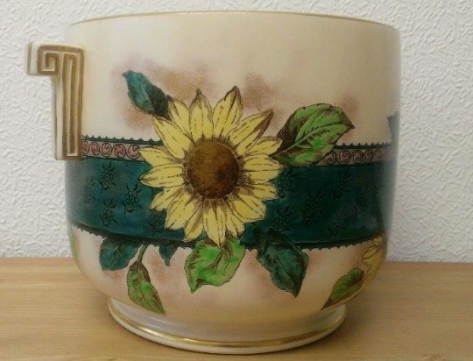 One of our collectors recently asked about the jardinière pictured. It bears a simple, impressed ‘Doulton’ mark that often throws collectors but this method of impressing the Doulton name can be found still in use into the 20th Century too, although later examples are accompanied by the usual lion and crown Doulton mark.

Returning to the pattern of the jardinière, I term it a transitional pattern from the period when Doulton entered into partnership with the Pinder Bourne factory owner in 1877 and the time when Doulton eventually took over the Nile St. enterprise entirely in 1884.  In the aesthetic taste, it is certainly of this period and I have seen plates marked Pinder Bourne but also further examples simply bearing the Doulton brand. Here is a tureen marked thus. 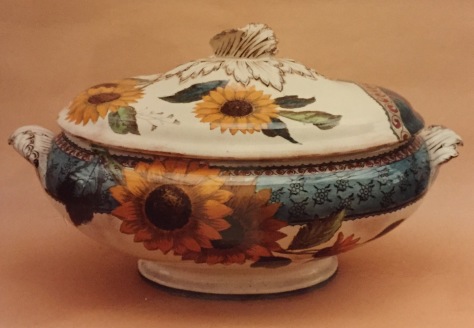 We would love to hear from other collectors who have examples of this design to compare backstamps. Don’t forget that if you’re interested in Doulton join our facebook page and also visit http://www.paulwebsterantiques.co.uk where you can also subscribe to the brand new Doulton Collectors Club magazine! Isse 1 is out now!