This series together with Coaching Days and Royal Mail are easily mistaken for one another on first glance given their similar palette. There were a handful of other patterns  to Hunting – John Peel all celebrating this once popular pastime, now out of favour.

There are 9 recorded patterns dating from 1924 to an unknown withdrawal date. Some are often found in combination as you can see above and below with scenes 2 & 3. 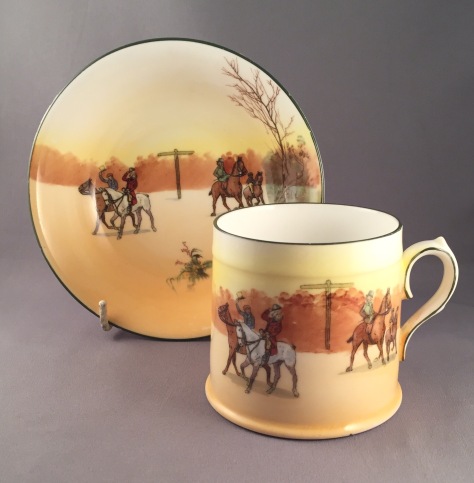 Interestingly the later designs bear an H number (1947) rather than the traditional D numbers associated with seriesware or the very early patterns that have the earlier E numbers if they were on china.

The great thing about seriesware is that the possibilities for making a collection are plentiful! Naturally you can collect one particular pattern, or miniatures, or particular shapes or like me pin dishes and ash trays like the one above!