Collectors love a theme to follow and here is one that was produced in relatively recent times and that has proved a sound investment too! Ship Figureheads belong to a bygone age of tall ships and battles, and each piece chosen by Doulton to produce in fine china tells a story all of its own. Introduced between 1980-83, Doulton’s ‘Ship’s Figureheads’ collection marked a new direction led by Eric Griffiths, Royal Doulton’s then Head of Ceramic Sculpture, who commissioned the freelance artist Sharon Keenan to produce these six models based on her own research in museums and dockyards on both sides of the Atlantic. The six limited edition of 950 pieces were Ajax, Benmore, mary Queen of Scots, Hibernia, Chieftan, Lalla Rookh, Pocahontas and Nelson. Each model came in a presentation box with plinth and certificate. 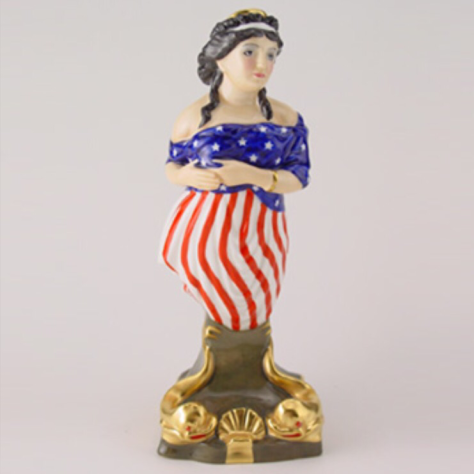