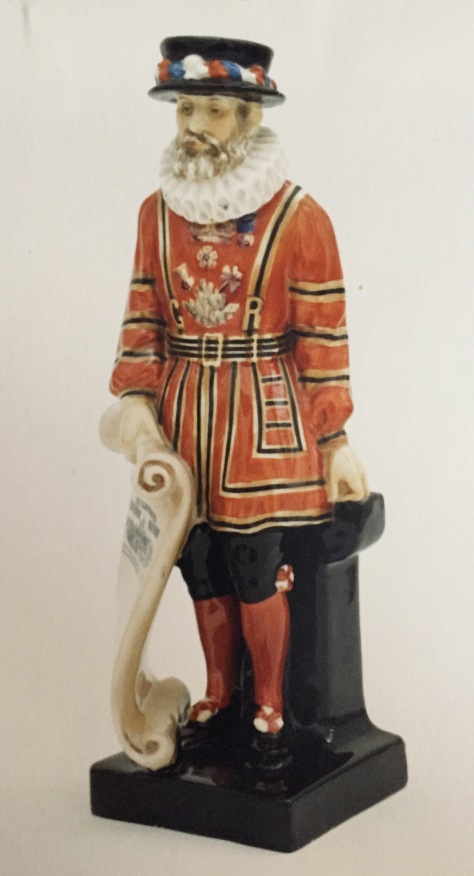 This rather quaint figure produced in the early 1920’s is another advertising figure, but this time it’s purpose is to advertise the once popular Illustrated London News magazine. It covered all topical issues and as well as political comment, satire and stories, it also included full page prints for its readers of modern pictures. It was originally a weekly broadsheet but it move to bi-annual until it ceased production after the millennium.

The Beefeeter is a warder of the Tower of London and not a Yeoman of the Guard as is often stated. The Warder Beefeeter served the Towers prisioners and to protect the Crown Jewels but today they act more as tourist guides.

This Doulton personification of this famous London character holds an actual copy of the Illustrated London News from May 14 1842 , whose print is actually readable. Examples without any text do exist but it is the original that is most eagerly sought after.