The twelve lady musicians who make up this elegant series were all modelled by the legendary Peggy Davies and the first figurine Cello was introduced in 1970 with the others progressively introduced from that year. 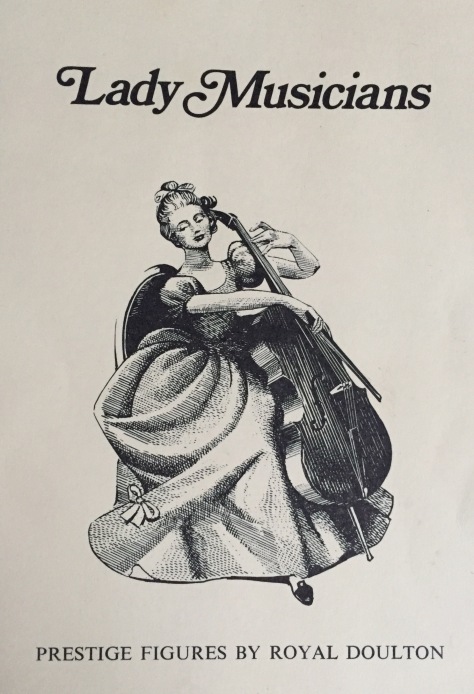 Cover of a booklet produced by Doulton to advertise the new Lady Musicians series.
Another first was that these figures were the first in 50 years to carry the name of their modeller to the base in recognition of Peggy’s massive contribution to the Doulton fame.

Each of these lady musicians were produced in a limited edition of 750 pieces and were produced in a matt finish, popular at the time. The idea behind the series being that over the years an 18th Century orchestra could be built up.

Typical of Peggy we can still recognise today the results of her painstaking research and technical expertise we associate with her work.

Again typical of Peggy is that she decided to introduce her own figure The Leader to accompany this series under her own name to satisfy collectors’ requests. During the 18th Century it would have been more usual to have a leader rather than a conductor.