Charles Noke continued to experiment with glazes long after the departure of Cuthbert Bailey with whom he had perfected the Flambé glaze in the early 1900’s. And so in 1920 Sung was introduced, whereby painted decoration, colour and gilt are fused with the a flambé glaze.

I am sure you will agree that from this publicity photograph the pieces are magnificent. However, it is in the flesh that these pieces must be enjoyed to full effect as in this slide. Vases, large and small were decorated with exotic birds, pixies in woodlands, fish in seascapes along with many other subjects.

These pieces were painted principally by Harry Nixon, Arthur Eaton and Fred Moore. Sung glazes can be found on Buddhas, as seen here in this advert from the 1920’s, a handful of suitable early figures from the HN range such as A Spook, as well as animals, in particular elephants, a favourite of Charles Noke.

Images of sports including cricket, cycling, shooting, running, football, long jump, rugby, soccer, horse racing and golf can be found decorating Lambethware. These items remain as popular today as they did during the time they were produced from the 1880’s to the outbreak of World War I.

Originally designed by John Broad, sporting relief items can be found with silver mounts, befitting their status as trophies and commemoratives and enabling personalised inscriptions to be given to the silver mounts.

The most popular remain the golfing and cricket subjects and items of Doultonwarefeaturing these sporting themes regularly crop up at specialist sporting auctions.

This rare double sided Vellum figure by Doulton’s Charles Noke is part of a choice selection of Doulton wares ex being offered @Bonhams on 11 August 2020.

Lot 116 is believed to have been part of the Doulton exhibit at the Chicago Exhibition of 1893, at which much acclaim was heaped on the company.

This unusual variation sees Mephistopheles decorated in a cobalt costume with raised gold dragons, no doubt a design from the Robert Allen studio.

Around the turn of the twentieth century Doulton and then Royal Doulton had a strong association with the Art Union of London, the latter operated much like a club subscription today whereby subscribers were offered exclusive access to works by leading artists and companies.

Such is the case with this outstanding Mark V. Marshall vase that is coming up at Bonhams 11.08.20 (lot108). Impressed with the all important MVM signature, it also carries assistant marks for Florrie Jones, together with the Royal Doulton stamp as well as ‘Art Union of London’ impressed into the base.

Standing an impressive 42cm, it really is an impressive piece with the MVM dragon design in relief around the top and a typical mottled blue Doulton Lambeth glaze to the rest of the body of the vase.

It is unusual to think of Collecting just clocks but of course there are dedicated clock collectors out there. When it comes to Royal Doulton, collectors are usually happy with one or two examples, unless we’re talking about Kingsware collectors!

Clocks have been produced at both Lambeth and Burslem over the years and even in relatively modern times. Stoneware examples are naturally magnificent and by greats such as Tinworth, although more modest Silicon examples were also produced at Lambeth which can be bought relatively modestly today.

Two “Monk” scene clocks; the right hand one signed by Noke and C. Vyse (not to be confused with the sculptor of Darling HN1)

The topic here is Kingsware and there are a handful of wonderful art nouveau designs that can be found as part of this range. So far (that’s always the way to think) there have been five subjects found on Kingsware clocks, which themselves have been recorded on three shapes.

The five characters are:

Whilst many remain undated, I did once see an Alchemist one dated 1904 and imaging the others to date from this period given their art nouveau decoration. 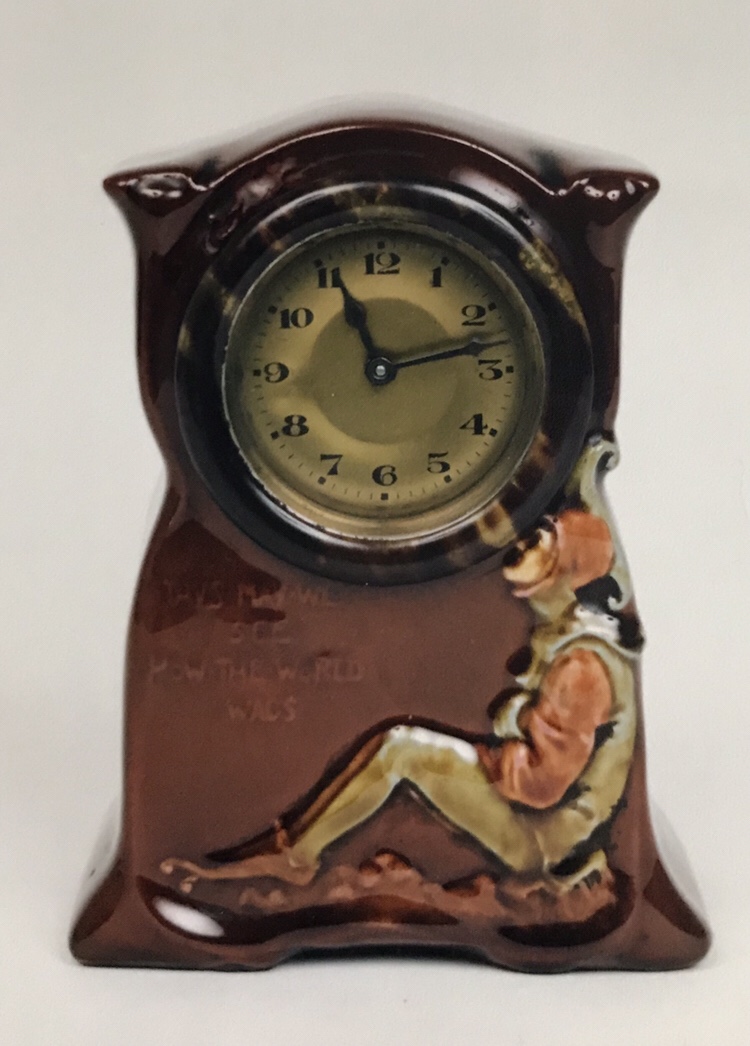 Patience is the watchword when embarking on collecting this series of clocks, not to mention deep pockets! Yet, that is what makes collecting rewarding, isn’t it?

When Peggy Davies began to supply regular models to Doulton for reproduction she was determined to set her style apart from anything else hitherto produced. Whilst Doulton wanted to continue their house style after Harradine, Peggy had other ideas.

Among her first productions were a handful of ballerina figures, something that had not been created since the early and rare Pavlova HN487.

The delicacy and detail of these ballerinas are synonymous with Peggy’s style and so very distinguishable from other figure modellers.

The first in the series are Coppelia HN2115 and Ballerina HN2116, the origins of the latter are discussed in my book Reflections but Coppelia is based on the mechanical doll in Delibes’ comic ballet from which the figure takes her name.

However, the most accurate ballet figures are the trio that followed these two models. The first, la Sylphide, is based on the ballet of the same name. La Sylphide should not be confused by the later ballet Les Sylphides which took inspiration from the original and also features a sylph – a mythological spirit if the air. I have recently discovered the prototype version of this figure with a crown of flowers sitting proudly above her head rather than the band of flowers on the model that went into production.

L-R the production version of la Sylphide and the prototype..

Full views of the two figures that illustrate their common features. Yet, the detail is of course much more defined on the prototype. The prototype version simply carries the Doulton marks as one would expect.

The second two are based on the ballet Giselle by Gautier first performed in 1841. Here are all three studies!

This group of figures make an excellent display and loan themselves to any room in the house! 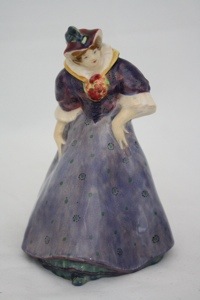 Here we have a colourway of Katharine, one not illustrated in the 1994 figures book and hitherto not recorded.

I believe this to be HN793 given the description in the aforementioned book. The piece has an impressed model number date of ‘9.23’ for September 1923.

The piece was originally introduced in 1916 but any examples of her are hard to find. She was of course modelled by the great C. J. Noke, Art director at Doulton’s Burslem factory.

A great find and thank you for sharing. Another undiscovered colourway can be ticked off the list! Here are some pictures of Katharine for you to see her in all her glory. 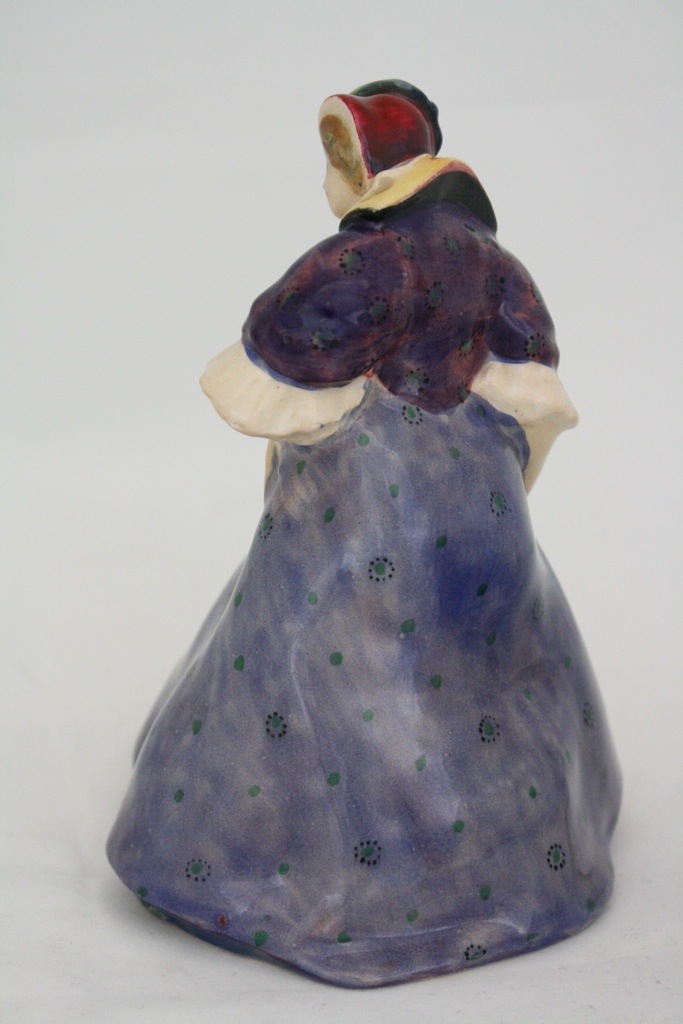 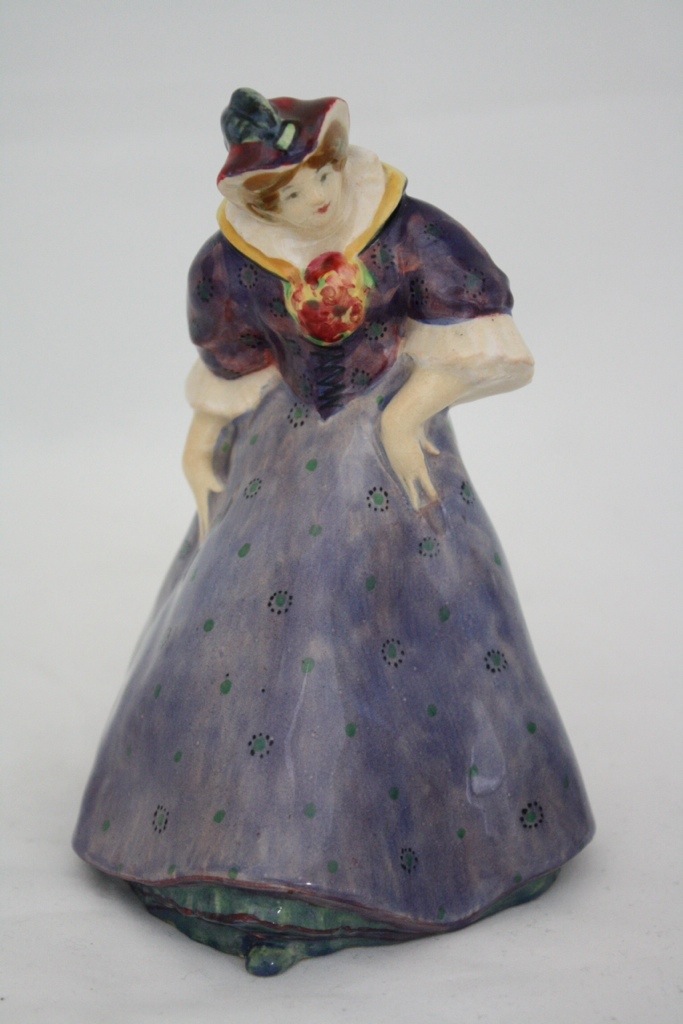 Some of the most frequent questions I am asked revolve around key dates for Doulton or Royal Doulton as they became.

Over the next period I intend to set out what I consider to be the key dates for first of all the Burslem factory and thereafter the Lambeth factory. So here goes…

In the next part we will cover the next 20 years of the 20th Century, that proved so pivotal to the success of the Burslem venture and shape the products we associate with Doulton to this day.

This original illustration is by the popular illustrator Jennie Harbour and clearly is the source for Tittensor’s Lady and Blackamoor. Interestingly this example spotted at the Seaway China/Whitley event in Detroit 2009, is modelled as a powder bowl and the base separates from the rest to provide a place for the powder and puff! The colouring of HN375 is identical to that of HN374, but the former indicates that it is modelled as a powder bowl. 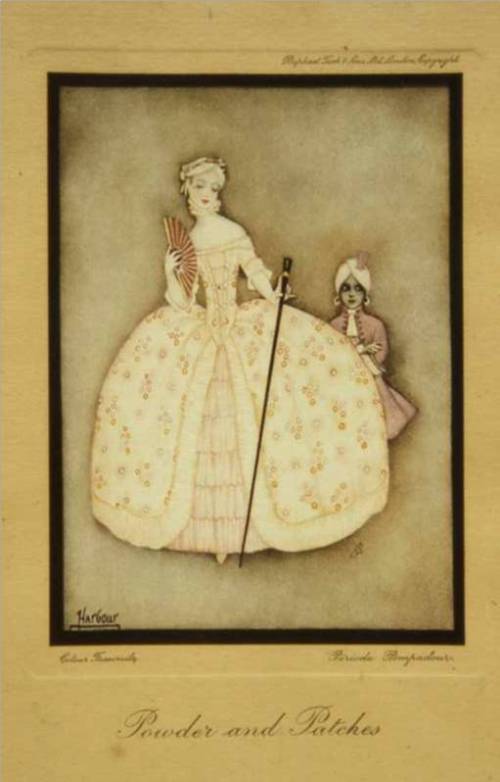 And here is the rare Lady and Blackamoor HN375 to compare to the original.

A treat for fellow figure collectors is this early version of Easter Day by Leslie Harradine, modelled after a still of Vivienne Leigh in ‘Gone with the Wind’ from 1938 when the actress played Scarlet O’Hara. The actual version of this figure that went into production in 1945 was accurate in almost every detail to the photograph that has previously been listed here!