When Peggy Davies began to supply regular models to Doulton for reproduction she was determined to set her style apart from anything else hitherto produced. Whilst Doulton wanted to continue their house style after Harradine, Peggy had other ideas.

Among her first productions were a handful of ballerina figures, something that had not been created since the early and rare Pavlova HN487.

The delicacy and detail of these ballerinas are synonymous with Peggy’s style and so very distinguishable from other figure modellers.

The first in the series are Coppelia HN2115 and Ballerina HN2116, the origins of the latter are discussed in my book Reflections but Coppelia is based on the mechanical doll in Delibes’ comic ballet from which the figure takes her name.

However, the most accurate ballet figures are the trio that followed these two models. The first, la Sylphide, is based on the ballet of the same name. La Sylphide should not be confused by the later ballet Les Sylphides which took inspiration from the original and also features a sylph – a mythological spirit if the air. I have recently discovered the prototype version of this figure with a crown of flowers sitting proudly above her head rather than the band of flowers on the model that went into production.

L-R the production version of la Sylphide and the prototype..

Full views of the two figures that illustrate their common features. Yet, the detail is of course much more defined on the prototype. The prototype version simply carries the Doulton marks as one would expect.

The second two are based on the ballet Giselle by Gautier first performed in 1841. Here are all three studies!

This group of figures make an excellent display and loan themselves to any room in the house! 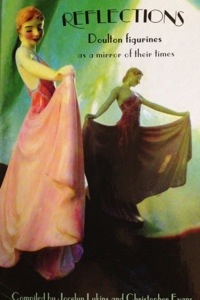 Follow this link for a sample of pages and a brief explanation of the book! 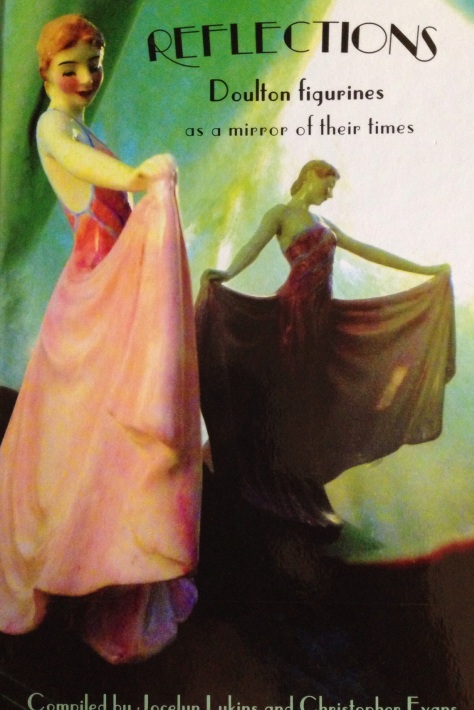 One of the most heart stopping moments for any collector is the moment they hope that they have spotted a prototype figure. The hunt for prototypes is, however, a real mine field as there are always unscrupulous people out there wanting to cash in on our desire for that one special piece for our collections. That is why my advice is always to buy from a reputable dealer with a proven track record for discovering and supplying the unusual!

I have recently been asked for advice from Karyn and Gordon Harvey on the figure below from their collection, purchased recently and something they hope is a prototype. Here are the pictures they sent in. 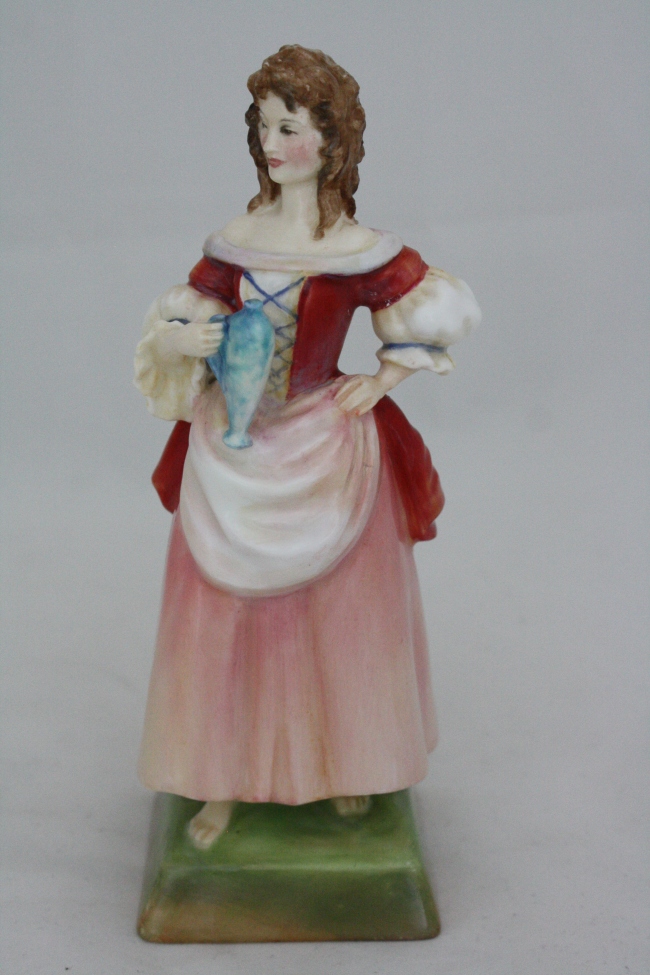 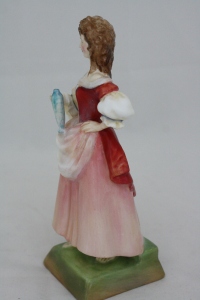 My initial thoughts were that it was clearly a Peggy Davies figure; note the style of the head and the hair and also the detailed modelling. At this time I think she really was trying to imitate Harradine, before developing her own individual style. The head and hair are very reminicent to her figures The Leisure Hour and also Promenade.  One give away to any unknown figure is always the face – I once heard that only after 10 years in the figure department would a painter be allowed to paint faces! Here we can see a very typical Doulton face of the 1950’s. Then we look at the base, and whilst there is a Doulton stamp – this cannot be taken in isolation to say for definite that it is a Doulton figure. However, here you can clearly see an impressed model number. Alas the shape books and design books are no longer available for us to consult, but through my own research I have put together a numbering sequence which leads me to believe that the model dates from the early 1950’s, and specificially to ca. 1953 and I am confident in saying that it is a Doulton piece.

Many prototypes from this time appear to be the work of Peggy Davies, a time when Doulton themselves were trying to rationalise production but also manage the cost effective production of their famous figures. No doubt this particular piece was deemed too expensive to reproduce due to the detailed modelling.

Earlier prototypes and colourways often carry the artist who painted them’s initials. In my experience there are two names which crop up time and again here, and they are RB for Reginald Brown and HA for Harry Allen. This practice seems to have stopped in the 1950’s however when the painter’s initials began to be omitted.

In recent times I have noticed a whole hoard of so-called colourways and prototypes coming on to the market – and all I can do is re-iterate my belief that it is always best to buy from a reputable dealer as we would all hate to loose out on a fake!

My thanks to Karyn and Gordon Harvey for their pictures.